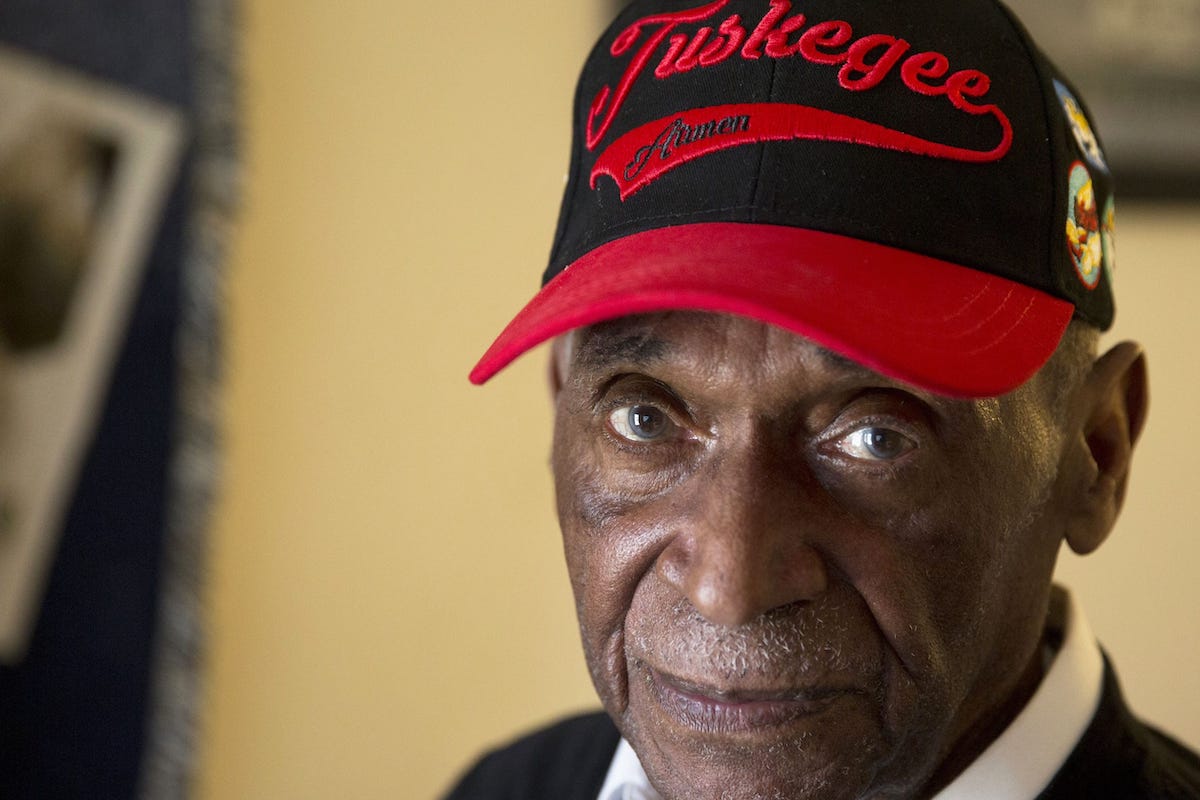 WCPO staff, WCPO
Leslie Edwards, 93, of Springfield Township, is a Tuskegee Airman who served as a mechanic during World War II. (Photo: The Enquirer/Liz Dufour). Featured Image
Leslie Edwards didn’t talk about his military career during his daughter’s childhood — or her adulthood, for that matter. Imogene Bowers was 50 years old when she learned that her small, slight father had been one of the Tuskegee Airmen, the first black military aviators in United States history.

Edwards died Monday afternoon at the Cincinnati VA Medical Center. He was 95 years old and, according to Bowers, “one of the greatest historians you’ll ever know.”