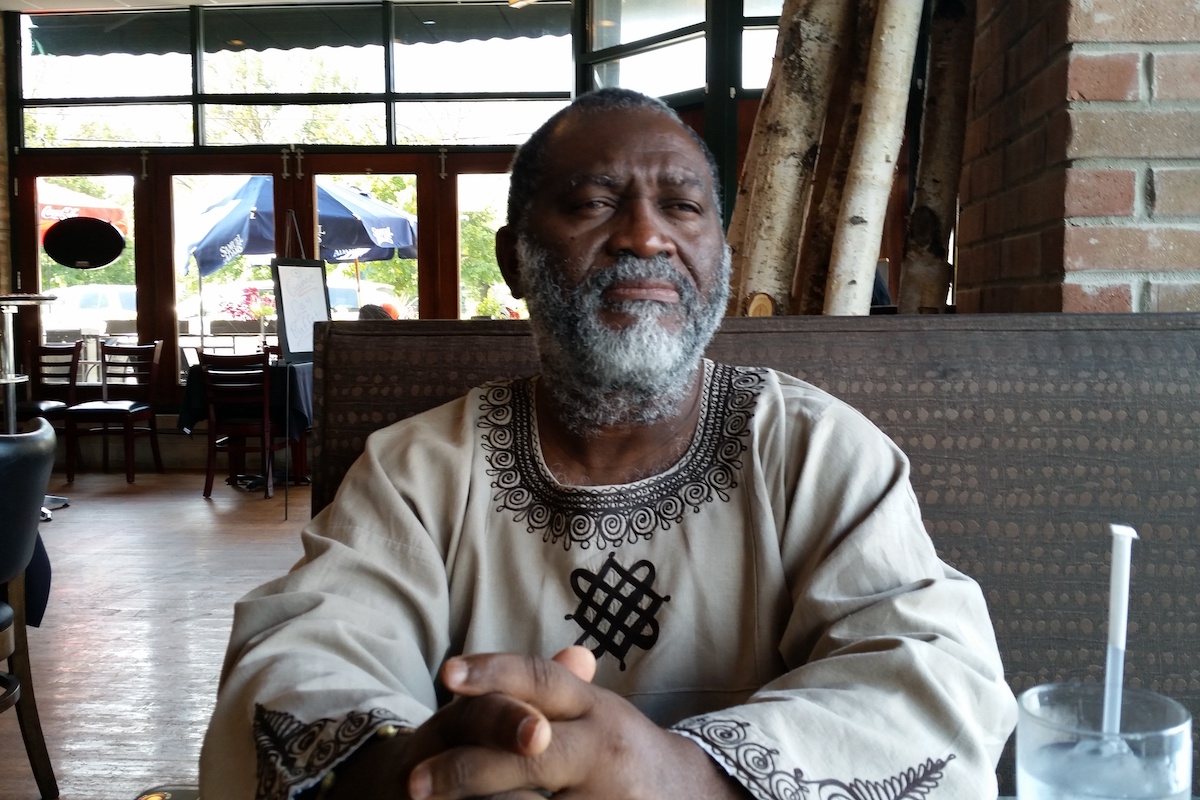 By Tony Binns, Rolling Out

Adedayo Laoye was born into the royal family of Oba Adetoyese Laoye, in Ede, Nigeria. Laoye was raised in the Yoruba tradition. He studied at Yaba College of Technology in Lagos and Howard University in Washington, D.C. These two institutions molded him toward his professional career. At Yaba, he was steeped in the methodology of the visual arts, while Howard instilled the theory of art and the legacy of Dr. Alain Locke. His exhibitions and honors include local and national venues. Most recently, Laoye was honored by the Chicago Alumnae Chapter of Delta Sigma Theta as featured artist at their annual Gallery D’Estee.

What was the experience like for you as the featured artist at the Delta Sigma Theta Gallery D’Estee?

I am very appreciative because I’ve been doing that show for about a decade now and to be honored because someone recognizes my input and contribution to my community, such an honor is stronger than any other.