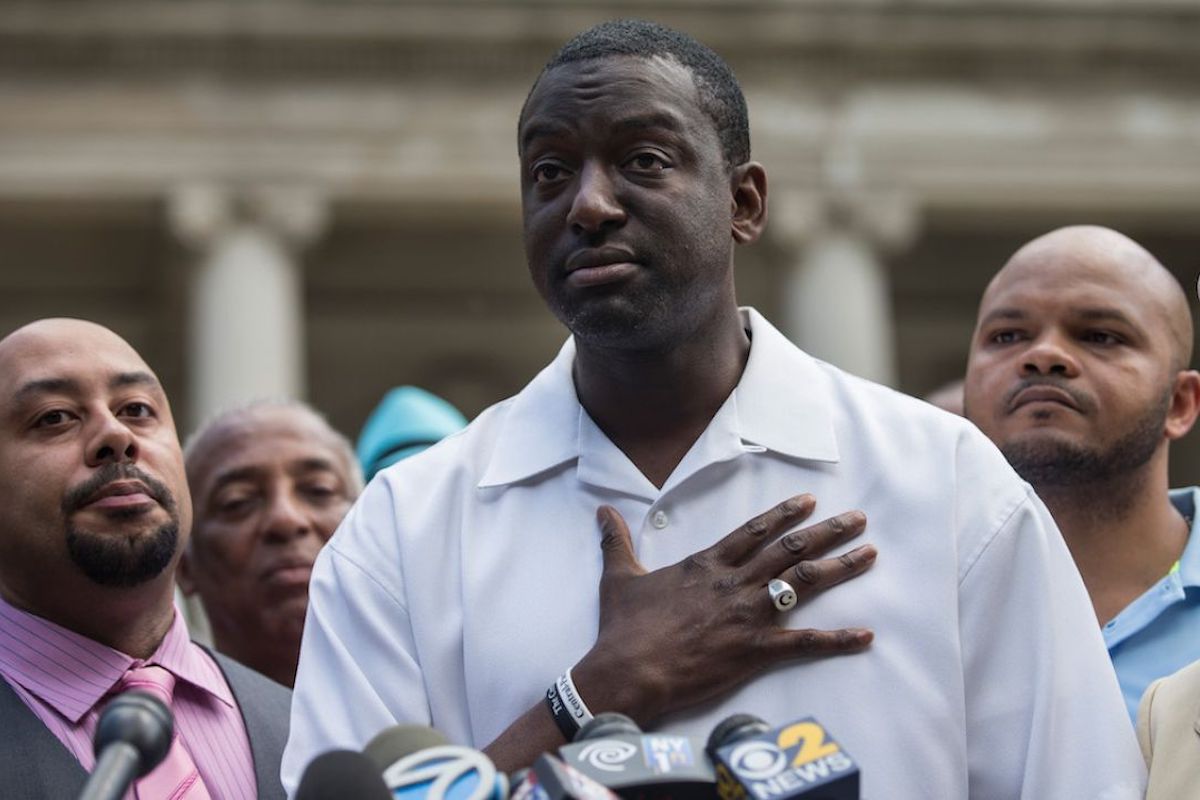 Sara Boboltz, HuffPost
From left, Raymond Santana, Yusef Salaam and Kevin Richardson, three of the Central Park Five, speak on the steps of City Hall on June 27, 2014, following the settlement of a civil lawsuit they brought against the city in connection with their wrongful conviction in 1989. Photo Credit: Getty Images / Andrew Burton. Featured Image
One of the five men who was falsely convicted in the so-called Central Park Five case slammed President Donald Trump for his vicious 1989 attack ads during a Friday event at which the group received a courage award.

Trump infamously took out full-page ads in New York City newspapers calling for the reinstatement of the death penalty in conjunction with the arrests of the five teenagers accused of the brutal rape of a white female jogger in Central Park three decades ago. The case is now seen as an example of racial injustice within the U.S. legal system, but Trump has never apologized.

Quoting Korey Wise, another member of the Central Park Five, Yusef Salaam told the room: “Korey said it so well. He said, when Donald Trump took out that full-page ad, and put them in all of New York City’s newspapers, calling for our execution, he placed a bounty on our head.”