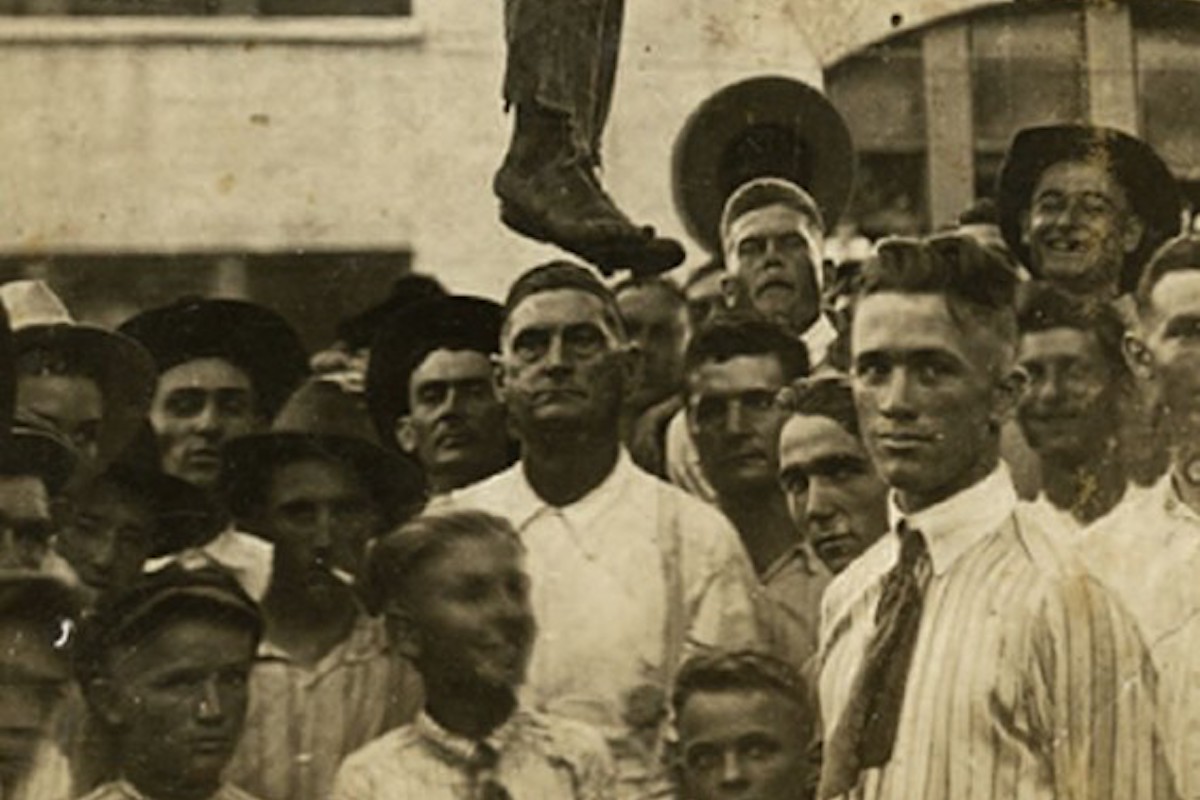 Reuben Stacy, a 37-year-old black man, hangs from a tree on Old Davie Road in Fort Lauderdale, blood trickling down his body and dripping off his toes. Behind him, a white girl, about 7 years old, looks on, a strange smile on her face as she takes in the sight of the “strange fruit” her elders had just created that hot day in July 1935.

Stacy was accused of attempting to assault a white woman in her home after first asking for a glass of water. According to a 1993 telling of the story, he was arrested three days later 25 miles from the scene. But no trial was ever conducted, and mere hours after his arrest, Stacy was hanged and shot.

The infamous photograph of Stacy’s death might be one of the few visual accounts of a lynching in Florida, but a new report from the Equal Justice Initiative about lynching across the American South reminds us that the Sunshine State was among the most brutal in the country when it come to race-fueled executions of black people. Per capita, Floridians lynched at a higher rate than any other state.