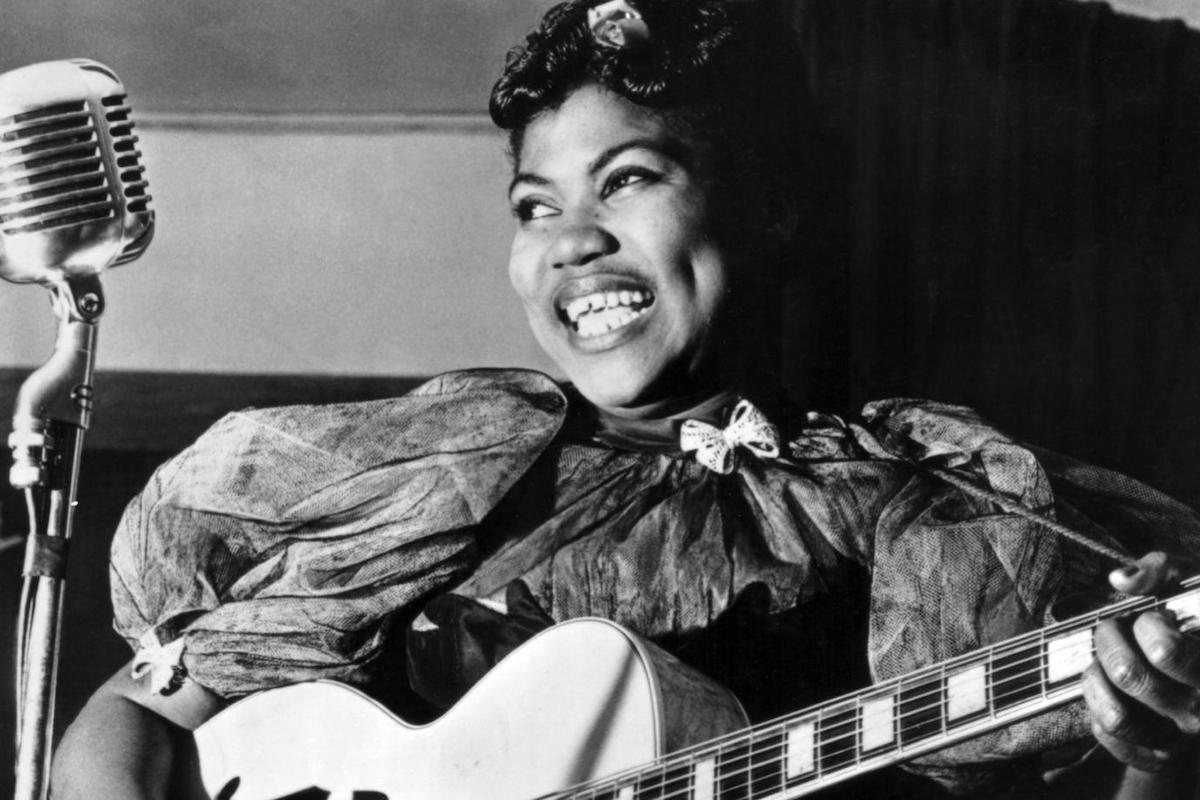 Without Sister Rosetta Tharpe, we wouldn’t have rock and roll as we know it now. Her pioneering guitar virtuosity was fueled by the gospel swinging, shouting, holy-spirit energy of the evangelical church and the blues she heard on Chicago’s Maxwell Street, which crossed each other like crackling live wires in her hands – and boom, we’re at the beginning of the revolution that would later be widely and wrongly attributed, almost entirely, to the white teens and young men who emulated her.

Tharpe’s first recording session in 1938 included a recording of Thomas A. Dorsey’s “Rock Me.” A gospel song, sure, but it contains the template song form, guitar runs and vocal attitude for the rocking and rolling that followed.