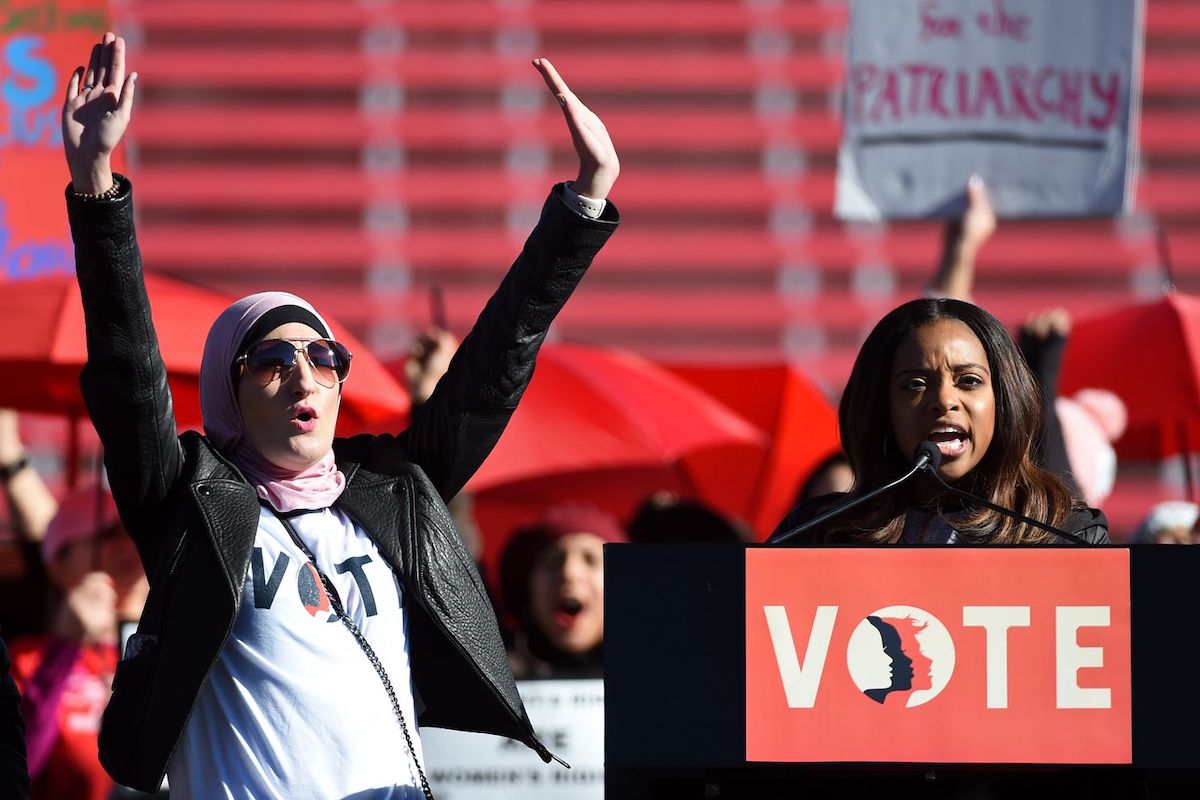 Capturing the Soul: Photographic Portraiture Before the Smartphone Era | The New York Times

Marissa Lang, The Washington Post
Women’s March Co-Chairs Linda Sarsour and Tamika Mallory speak during the Power to the Polls voter-registration tour last year in Las Vegas. (Ethan Miller/Getty Images). Featured Image
The Women’s March is replacing three inaugural board members who have been dogged by accusations of anti-Semitism, infighting and financial mismanagement — controversies some say have slowed the organization’s progress and diminished its impact.

Co-Chairs Bob Bland, Tamika Mallory and Linda Sarsour stepped down from the board July 15, though the organization has been slow to announce their departures. The Women’s March website continued to host their photos and titles as co-chairs through this week, when the group announced the board turnover.

A diverse cast of 16 new board members that includes three Jewish women, a transgender woman, a former legislator, two religious leaders and a member of the Oglala tribe of the Lakota nation will inherit an organization recovering from a failed attempt to trademark the Women’s March name and fractured relationships with local activist groups and the Jewish community.

The shake-up comes at a critical time for the organization. With the 2020 election kicking into high gear, experts said organizers can no longer afford the distractions and controversies that have muddled the group’s message and loomed over its every move.