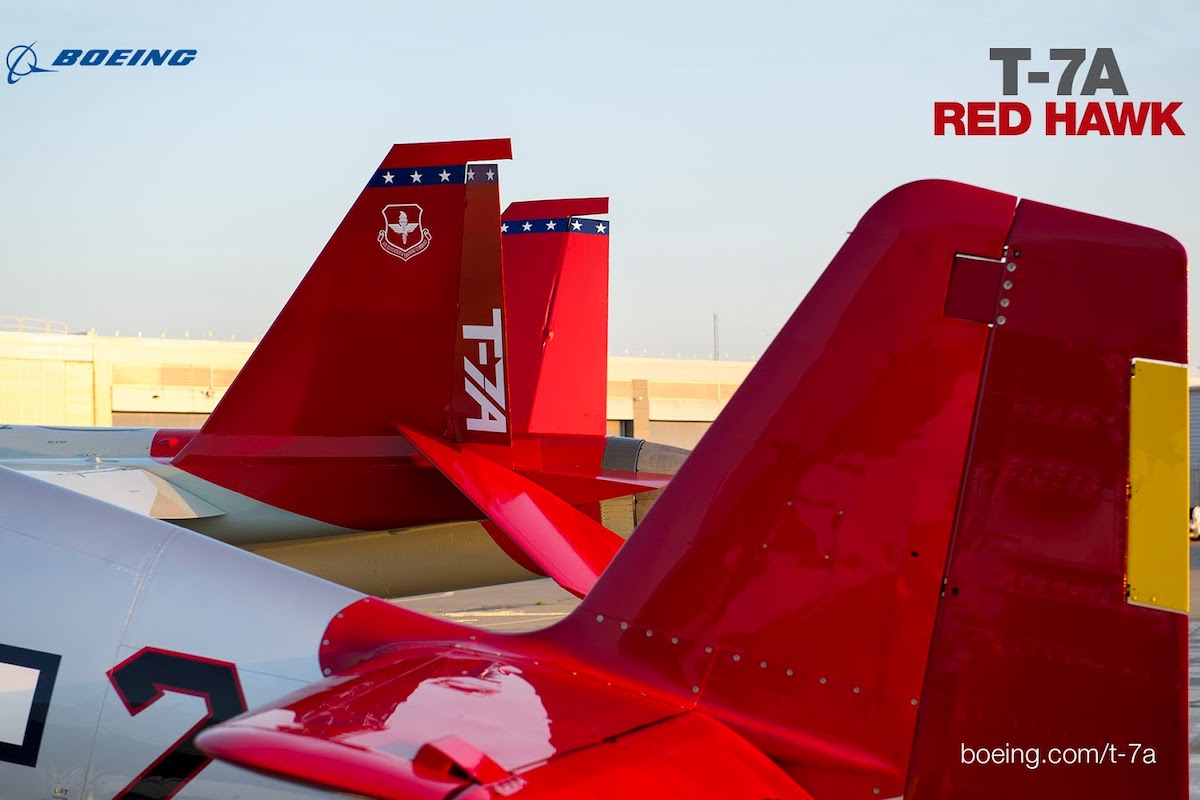 Acting Secretary of the Air Force Matthew Donovan announced on Monday that the service’s advanced trainer aircraft, the T-X, has officially been named the T-7A Red Hawk. The aircraft will feature a distinctive red tail that pays tribute to the signature red tails painted on the Tuskegee airmen’s planes 75 years ago.

One of the last surviving Tuskegee Airmen, retired Col. Charles McGee, was on stage at the 2019 Air Force Association’s Air, Space and Cyber Conference in Maryland on Monday as the T-7A Red Hawk was unveiled. McGee, 99, flew more than 400 combat missions in WWII, Korea and Vietnam.