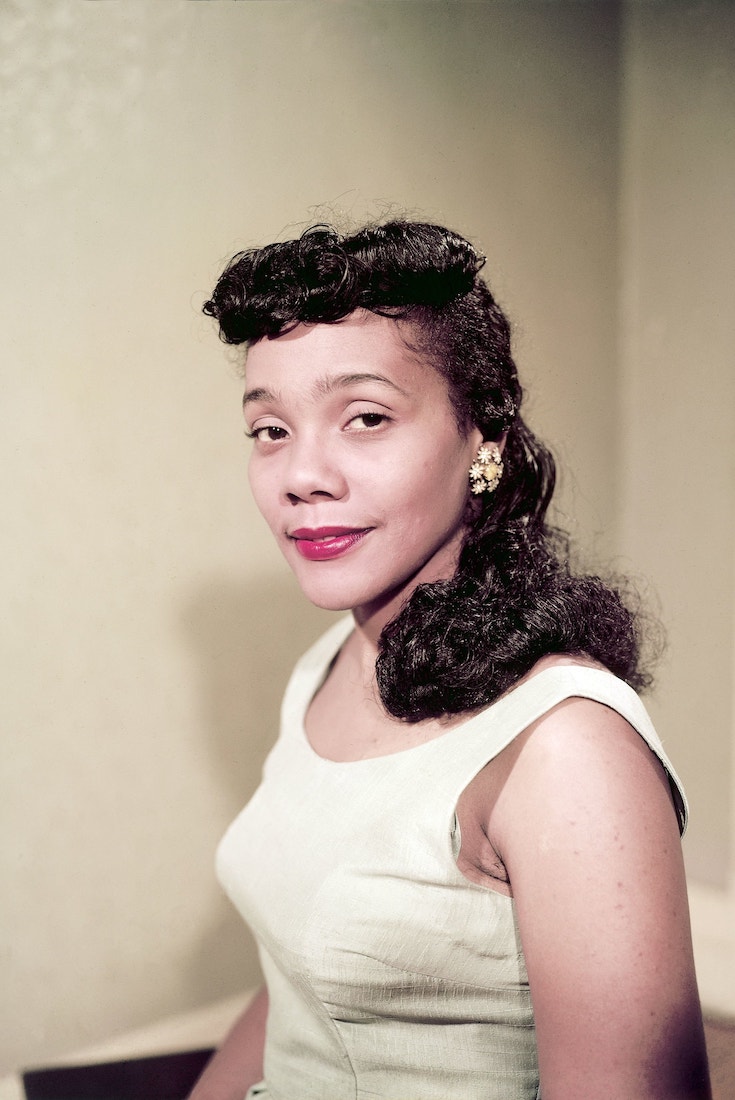 Julie Bosman, The New York Times
Coretta Scott King, the civil rights activist, in 1958. Credit Moneta Sleet Jr./Johnson Publishing Company. Featured Image
CHICAGO — For months, a stream of visitors — curious, cultured and deep-pocketed — have slipped into a drab brick warehouse on the West Side of Chicago. They have been escorted upstairs in a creaky elevator to a windowless room and handed blue gloves to wear.

Then they have lingered for hours or days over the most significant collection of photographs depicting African-American life in the 20th century.

In one folder, there is Coretta Scott King, cradling her daughter Bernice from a pew at the Rev. Dr. Martin Luther King Jr.’s funeral. In another, Billie Holiday stands on a city sidewalk with a cigarette and a faraway expression. One box holds a black-and-white print of Ray Charles hanging out with a Chicago nightclub owner and playing dominoes, as the typewritten caption noted, “by feel.”