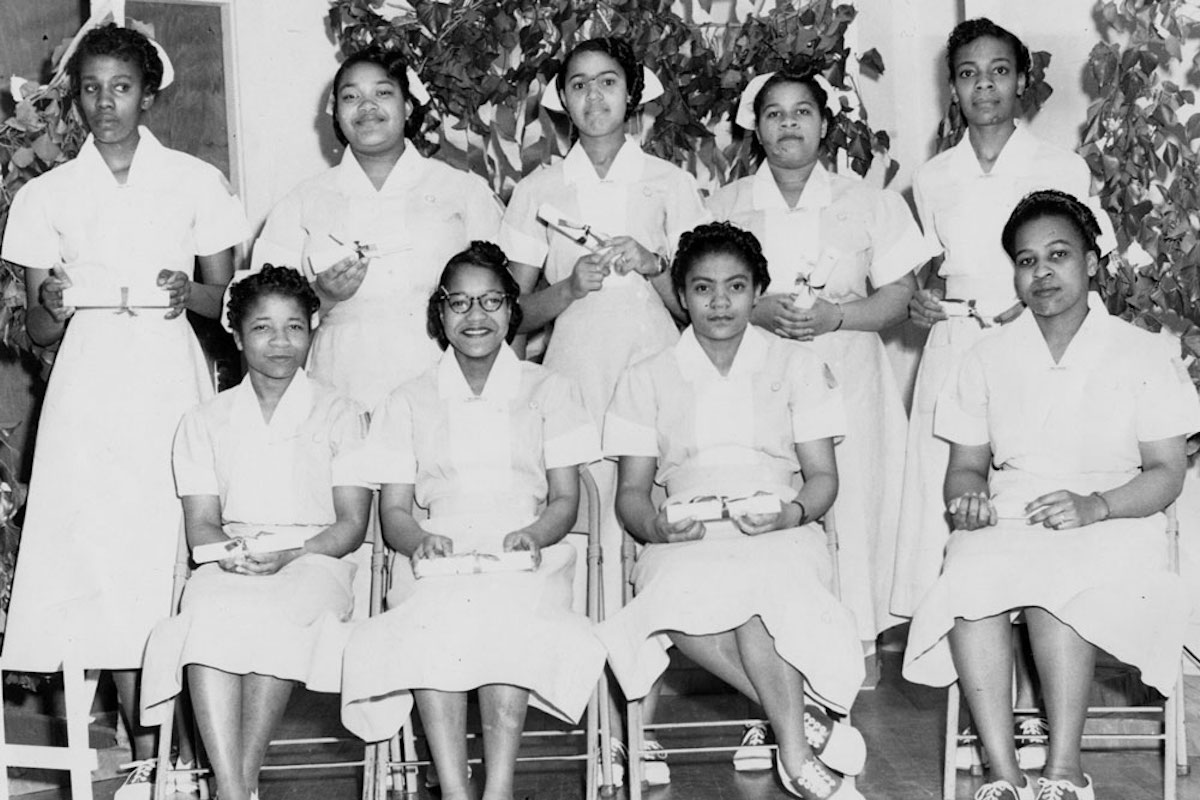 Sarah Lindenfeld Hall, UVA Magazine
CLAUDE MOORE HEALTH SCIENCES LIBRARY. Featured Image
Some 20 years ago, longtime friends Louella Walker (Nurs ’58) and Mary Jones (Nurs ’61) were browsing a former teacher’s estate sale when they unearthed a brown bag filled with black-and-white photos. Staring back at them were their own faces, alongside those of fellow graduates of a UVA nursing program that many had forgotten.

Educated at UVA in the 1950s and 1960s, these nurses would eventually help desegregate the University of Virginia Hospital; some became Charlottesville community leaders. But because they were black, they did it all without getting what University leaders now say was owed them: recognition from their university and status as the UVA alumni they’ve always considered themselves to be.

A new project is bringing attention to UVA’s so-called hidden nurses—uncovering the stories of their service despite the cruelty of segregation and having honored them at a ceremony in April with admission into the Alumni Association and an apology for taking so long.