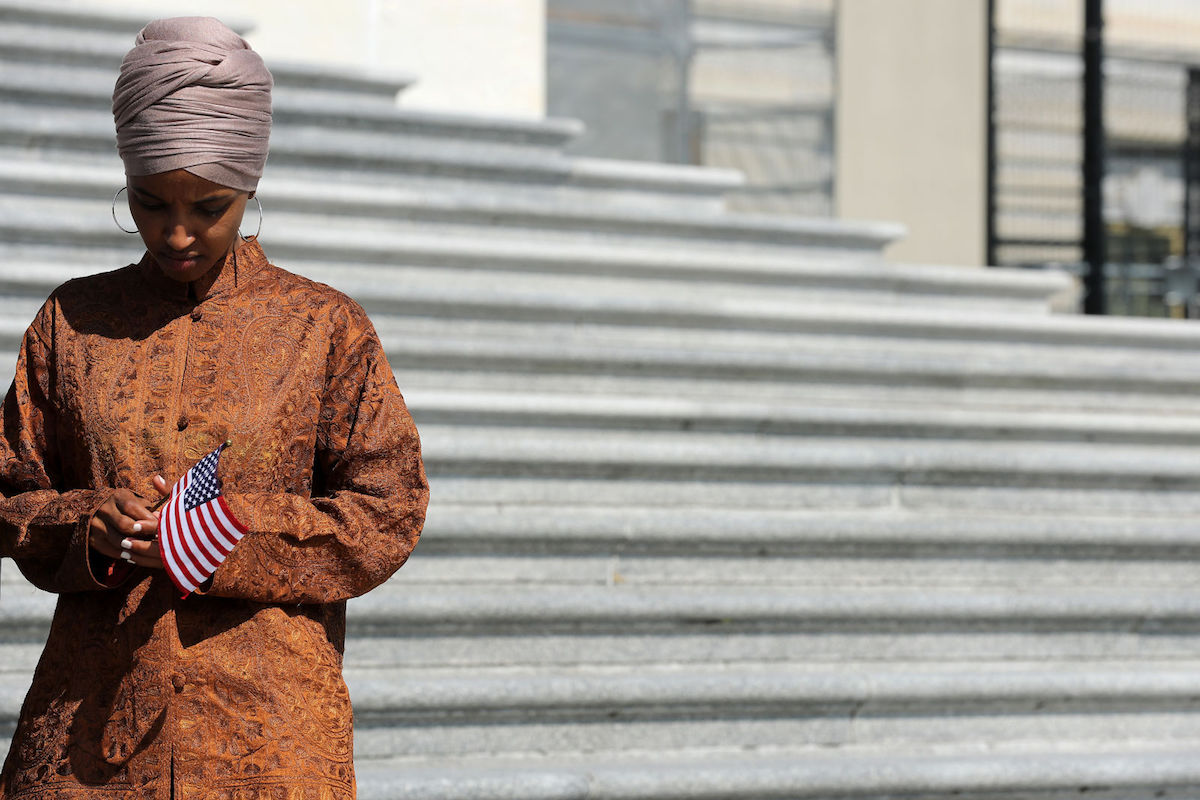 Chance the Rapper Opens Up About Meeting His Wife at 9 Years Old: ‘Let’s Get Married!’ | People

Jay Connor, The Root
The longtime couple have finally become engaged, celebrating with family and friends. (Image via NBC Chicago). Featured Image
Aside from doing nothing in response to mass shootings, one of America’s favorite pastimes is touting the virtues of tolerance, diversity, and inclusion. This is a melting pot after all, and post-racial America would never do things like hand pick a woefully underqualified racist to guide our nation or use a 9/11 commemoration ceremony to mock Rep. Ilhan Omar, a Muslim congresswoman.

Yet according to Reuters, the latter is exactly what happened on Wednesday, as Nicholas Haros, whose mother was killed on 9/11, channeled Orange Foolius himself and decided to come for Omar.

Called up to read some of the names of the victims, Nicholas Haros, whose mother, Frances Haros, was killed in the attack, falsely suggested Omar was confused about the nature of the attack. Echoing Trump, Haros also questioned the Minnesota congresswoman’s patriotism.

“Madam, objectively speaking we know who and what was done,” Haros said, addressing Omar, who was not present at the ceremony. “There’s no uncertainty about that. Why your confusion? On that day 19 Islamic terrorists, members of al Qaeda, killed over 3,000 people and caused billions of dollars of damage. Is that clear?”