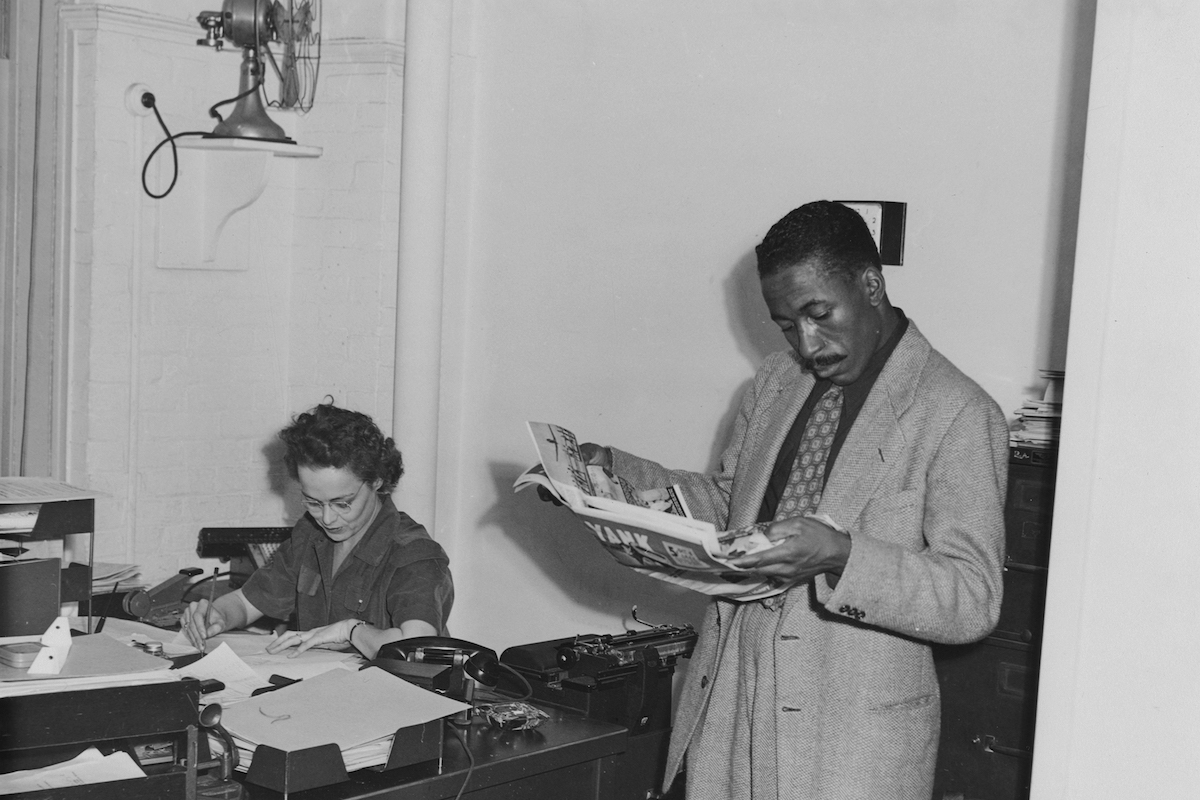 Born in 1912, Gordon Roger Alexander Buchanan Parks was the youngest of fifteen children born to tenant farmers in Kansas. Frustrated by the limits to his education imposed by segregation, at age fourteen he dropped out of school, left home, and embarked on a decade of traveling between Minneapolis, Chicago, and New York; working odd jobs; and struggling to make ends meet.

Parks was among the many African American men in the United States employed in service jobs in the railway industry. From 1936 to 1938, he worked for the Northern Pacific Railway. A newly married man in his mid-twenties with a newborn son, Parks and his small family lived a meager life in Saint Paul, Minnesota. These circumstances motivated him to take a job as a dining car waiter on the North Coast Limited, which, because it traveled between Chicago and Seattle, allowed him to see his family in between runs. To say waiting tables was less than satisfying to him is a gross understatement. “I loathed the job,” he declared later, summing it up as “serving bigoted businessmen.” He could not have imagined upon taking the menial and demeaning job that it would launch him on a path to becoming one of America’s most famous photographers.

When he worked long runs from the Midwest to the West Coast and back again, he was ever looking for something to occupy his mind or, better yet, stir his imagination. While his coworkers slept and gambled in their downtime, he read magazines discarded by passengers. One day, he picked up an abandoned photomagazine and began to leaf through it. The magazine included a photo-essay about migrant workers. The series of grainy black-and-white photographs depicted impoverished agricultural workers who, displaced by economic disaster, dust storms, and floods, had taken to the road to find work and, along the way, sought shelter in shanties made of cardboard boxes. The photographs were products of the Farm Security Administration (FSA), which, during the latter 1930s, sent documentary photographers throughout the country to record the effects of the Depression on Americans. These images circulated through various channels, including popular magazines such as the one Parks stumbled on as a railroad worker.