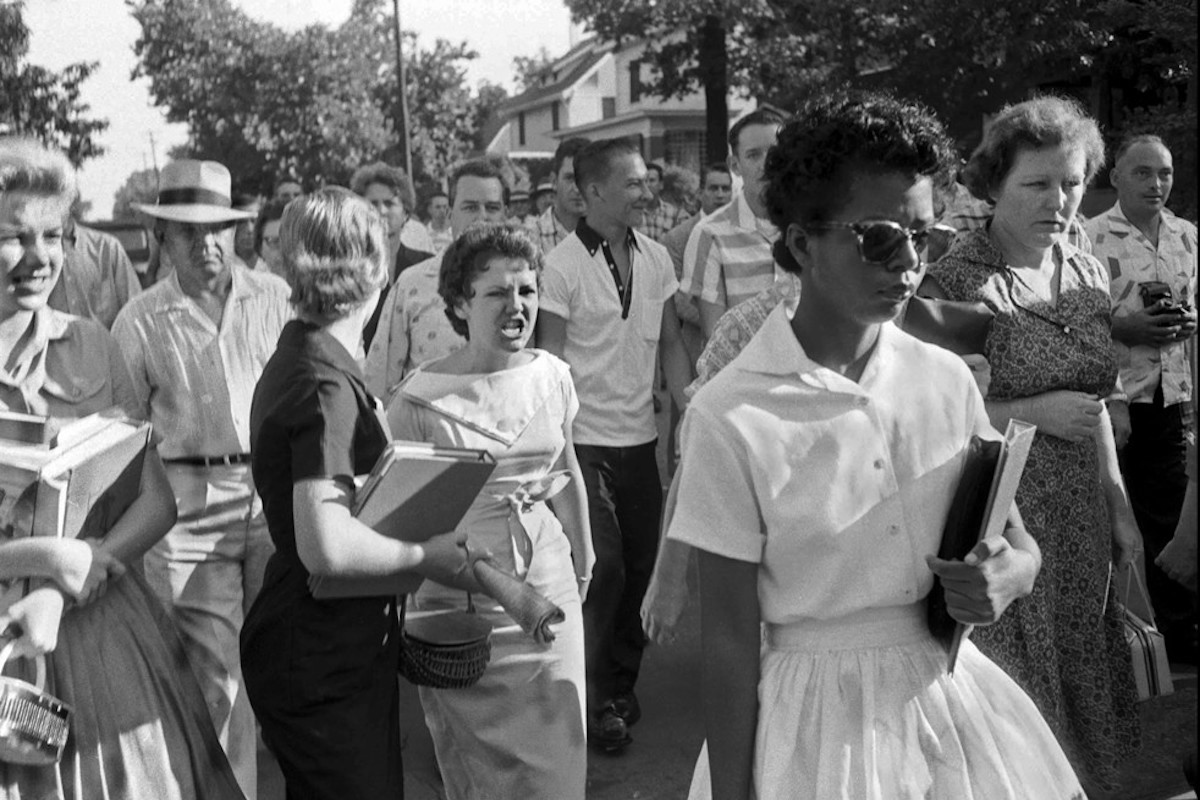 David Margolick, The Telegraph
Elizabeth Eckford (right) attempts to enter Little Rock High School on Sept. 4, 1957, while Hazel Bryan (left) and other segregationists protest. Featured Image
On her first morning of school, September 4 1957, Elizabeth Eckford’s primary concern was looking nice. Her mother had done her hair the night before; an elaborate two-hour ritual, with a hot iron and a hotter stove, of straightening and curling. Then there were her clothes. People in black Little Rock knew that the Eckford girls were expert seamstresses; practically everything they wore they made themselves, and not from the basic patterns of McCall’s but from the more complicated ones in Vogue. It was a practice borne of tradition, pride, and necessity: homemade was cheaper, and it spared black children the humiliation of having to ask to try things on in the segregated department stores downtown.

In the fall of 1957, Elizabeth was among the nine black students who had enlisted, then been selected, to enter Little Rock Central High School.

Central was the first high school in a major southern city set to be desegregated since the United States Supreme Court had ruled three years earlier in Brown vs Board of Education that separate and ostensibly equal education was unconstitutional. Inspired both by Thurgood Marshall, who had argued the case of plaintiff Oliver L Brown, and Clarence Darrow, Elizabeth wanted to become a lawyer, and she thought Central would help her realise that dream.

On the television as Elizabeth ate her breakfast, a newsman described large crowds gathering around Central. It was all her mother, Birdie, needed to hear. “Turn that thing off!” she shouted. Should anyone say something nasty at her, she counselled Elizabeth, pretend not to hear them. Or better yet, be nice, and put them to shame.