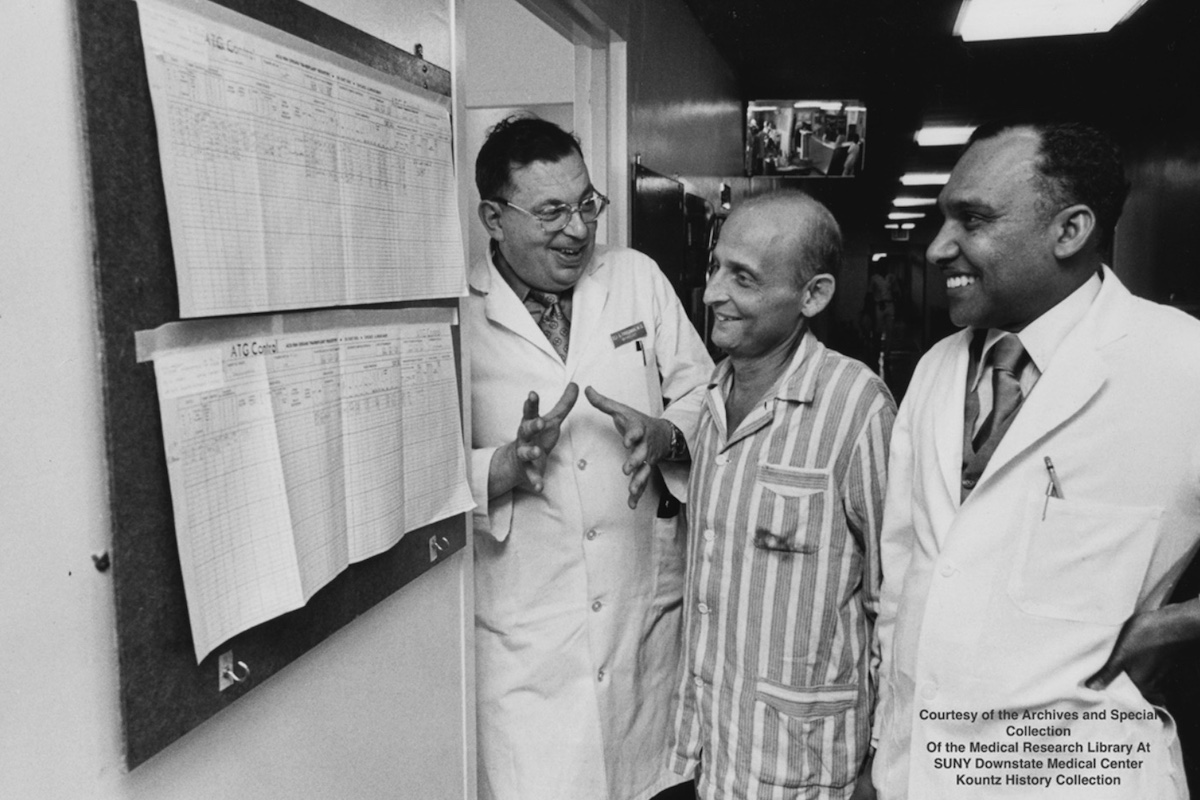 The Book Of Prince | The New Yorker

Dr. Samuel L. Kountz, an international leader in transplant surgery, died yesterday at his home in Great Neck, L.I., after a long illness. He was 51 years old.

In 1977, following a trip to South Africa as a visiting professor, he became ill. The illness was never diagnosed. However, he remained brain-damaged the remainder of his life and had to be cared for at home.

Occasionally, he was able to sit up in bed, and he apparently recognized certain things, but he was unable to speak. He responded emotionally with tears or laughter, and sometimes he recognized people.

At the time he fell ill, he had been head of surgery at the Downstate Medical Center in Brooklyn for five years and had performed 500 kidney transplants, then believed to be the most in the world. He was also chief of general surgery at Kings County Hospital Center.