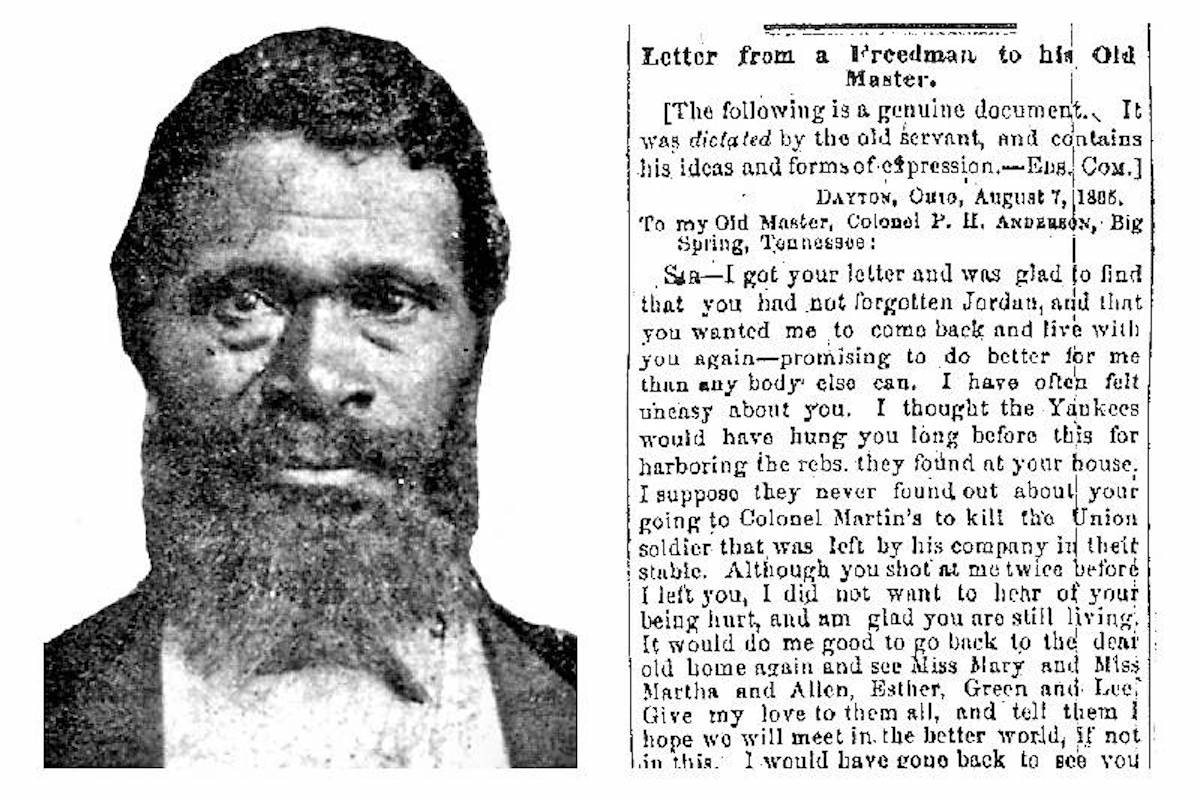 In 1825, at the approximate age of 8, Jordan Anderson (sometimes spelled “Jordon”) was sold into slavery and would live as a servant of the Anderson family for 39 years. In 1864, the Union Army camped out on the Anderson plantation and he and his wife, Amanda, were liberated. The couple eventually made it safely to Dayton, Ohio, where, in July 1865, Jordan received a letter from his former owner, Colonel P.H. Anderson. The letter kindly asked Jordan to return to work on the plantation because it had fallen into disarray during the war.

On Aug. 7, 1865, Jordan dictated his response through his new boss, Valentine Winters, and it was published in the ​Cincinnati Commercial. The letter, entitled “Letter from a Freedman to His Old Master,” was not only hilarious, but it showed compassion, defiance, and dignity. That year, the letter would be republished in the New York Daily Tribune and Lydia Marie Child’s “The Freedman’s Book.”