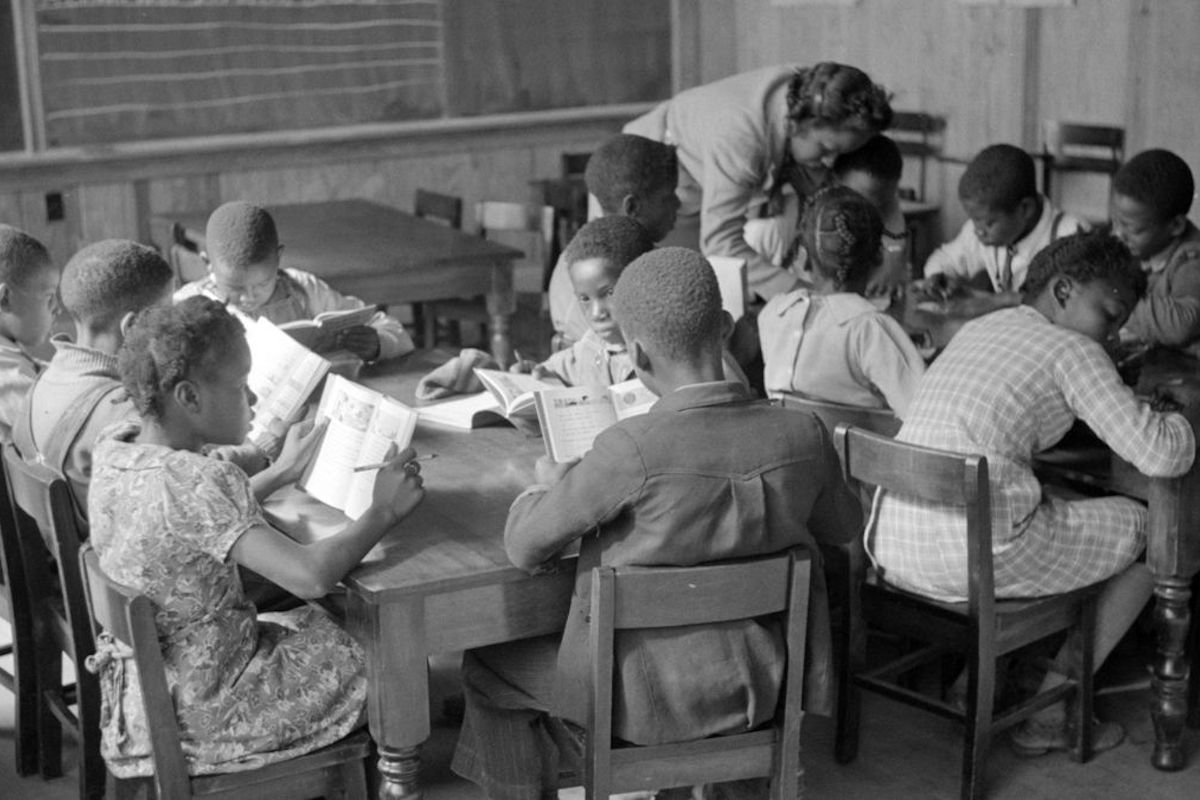 Four hundred years ago, a group of about 20 Africans were captured in the African interior, probably near modern-day Angola, and forcibly transported on a slave ship headed to the Americas. After tumultuous months at sea, they landed ashore in the first British colony in North America — Jamestown, Virginia — in late August 1619.

Hazen’s Elementary History of the United States: A Story and a Lesson, a popular early 20th-century textbook for young readers, picked up the story of the first black Virginians from there.

“The settlers bought them,” explained the 1903 text, “… and found them so helpful in raising tobacco that more were brought in, and slavery became part of our history.”

Its barebones lesson plan included just two easily digestible factoids for the year 1619: the introduction of the Africans — with an illustration of two half-naked black people standing on a beach before a pontificating pirate and a crowd of onlookers — and the creation of the Virginia House of Burgesses, the first formal legislative body in the American colonies.