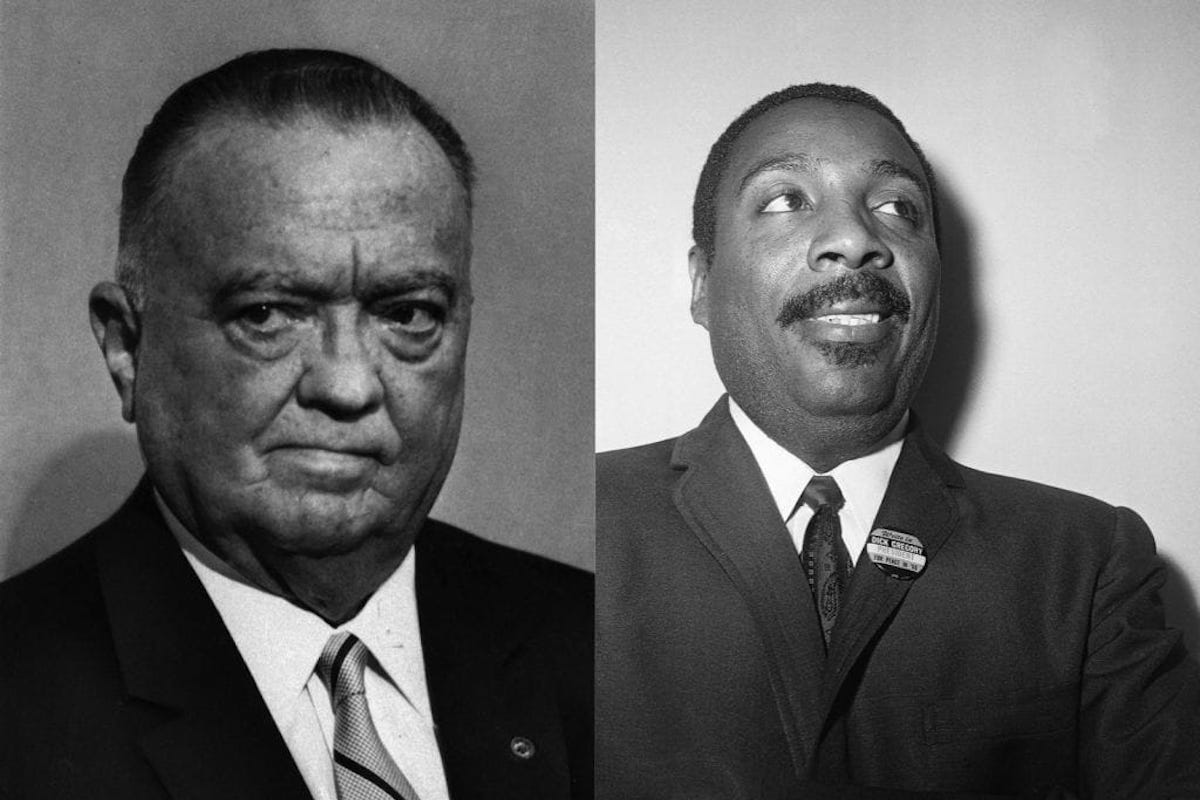 Kyle Swenson, Washington Post
In the middle of the hothouse atmosphere of the 1968 U.S. presidential election — racial strife splitting cities, antiwar protests on college campuses, segregationist George Wallace growling up out of the South — Dick Gregory barnstormed the country, pitching audiences his acid mix of jokes and politics. The African American comic and activist was looking for votes in his long-shot bid as a write-in candidate for the White House.

“I have a lot of newsmen asking me strange questions,” Gregory told a group of students at the University of California at Los Angeles on April 24. “Like for instance, ‘Mr. Gregory, if you were elected president of the United States, what is the first thing you would do?’” The punchline: “I thought the whole world knew if I was elected president of this country, the first thing I’d do is paint the White House black.”