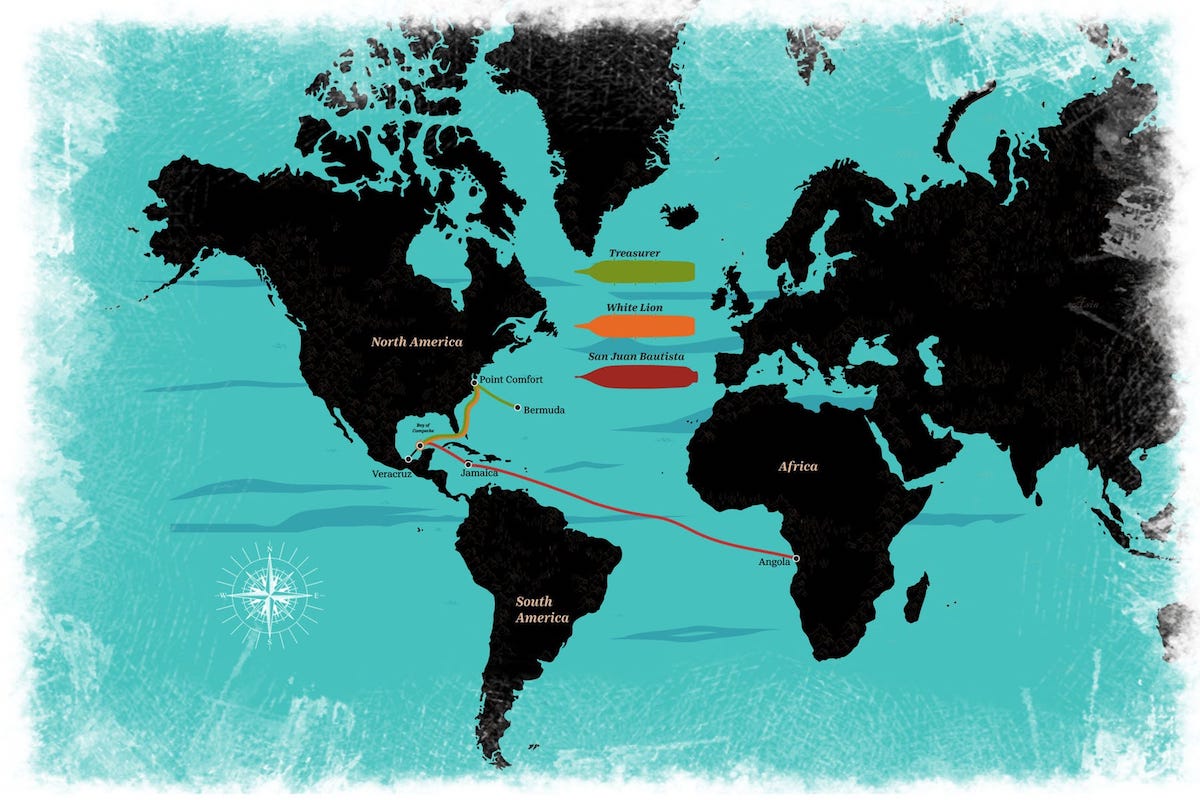 Rick Hampson, USA TODAY, USA Today
SOURCE slavevoyages.org. Featured Image
Four hundred years ago this summer, a few weeks and 35 miles apart, two epochal events occurred. One was the inaugural meeting of the General Assembly of the Virginia colony – the first elective representative body of its kind in North America.

The other was the first recorded arrival of enslaved Africans in mainland English America.

Slavery alongside democracy; oppression amidst freedom. The contradiction would shape the nation that emerged from the Virginia colony.

How and why slavery, America’s original sin, came to these shores and took hold is a story of accident and coincidence. It didn’t have to happen the way it did.

Not if a 17th-century Portuguese king hadn’t dreamed of a trans-African empire; if an obscure African kingdom had been more stable; if two pirate ships looking for gold hadn’t, in the vastness of the Gulf of Mexico, stumbled instead on a slave ship; if the pirates hadn’t sold the enslaved to settlers in a colony desperately short of labor.

And the story of where the enslaved people came from is one that most Americans have never heard and that historians in recent decades have had to radically alter.