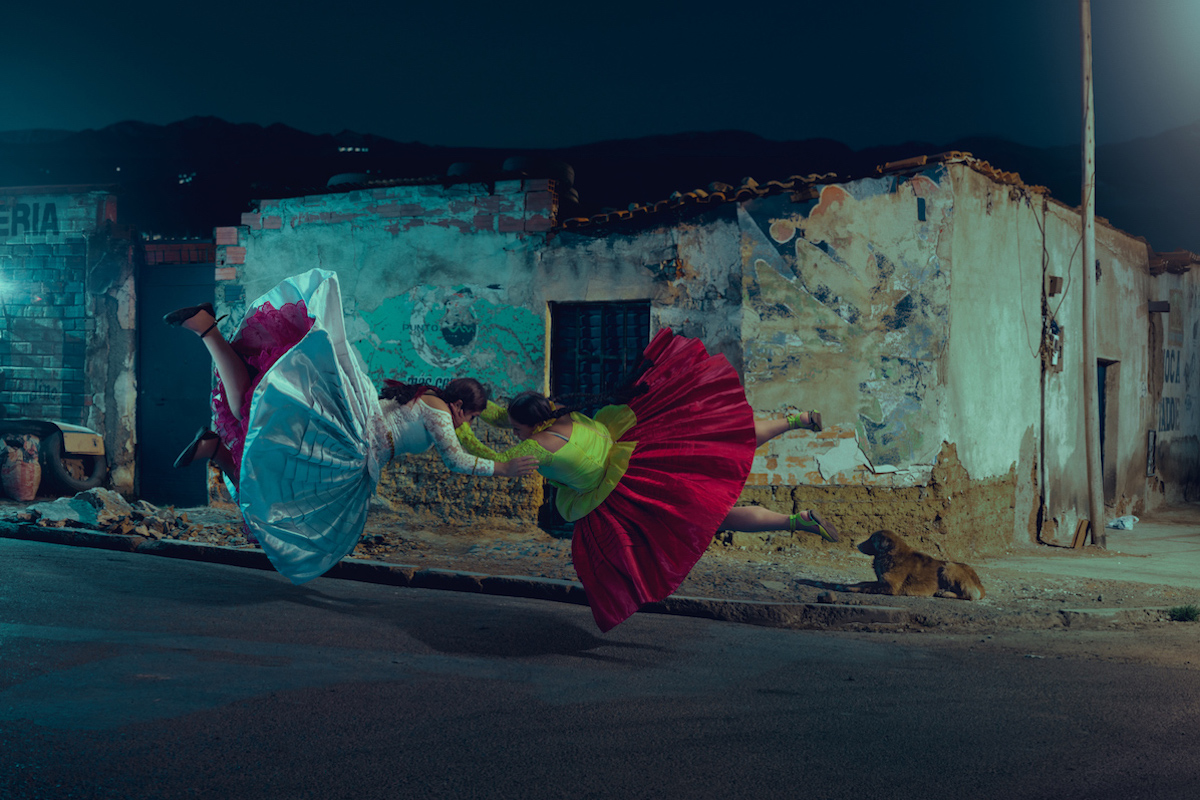 Photographer Todd Anthony (previously) documents Bolivia’s best-dressed wrestlers in a new series, Flying Cholitas. The women, who are indigenous Aymara, compete in their sport wearing voluminous petticoats, colorful skirts, and long-sleeved lacy tops rather than in the minimal, form-fitting spandex worn by many athletes around the world.

These ensembles resemble ones that Aymara were expected—sometimes even required—to wear during five centuries of oppression under Spanish occupiers. The wrestlers wear these ensembles to show pride in their history and take back their visibility. Similarly, the identifier “cholita,” originally a derogatory term, has been reclaimed in recent years by indigenous Bolivians as a point of pride.