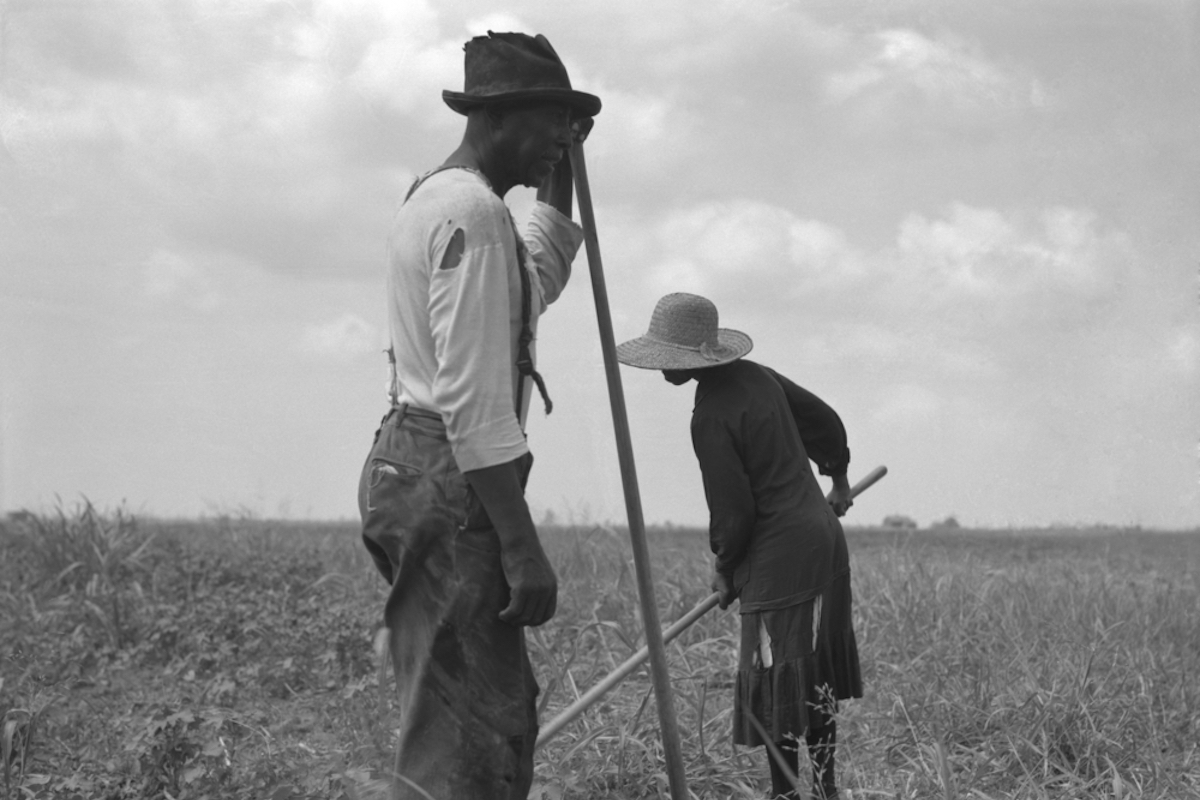 Brian Barth, Modern Farmer
Cotton sharecroppers weeding their cotton crop in Greene County Georgia, 1937. Photography Everett Historical/Shutterstock. Featured Image
Emancipated slaves never received their promised 40 acres and a mule after the Civil War. For this, and a mountain of other reasons, calls for reparations have grown to the point that presidential candidates have made it a talking point.

It has taken 150 years for the reparations conversation to be given the seriousness it has always been due. Yet often overlooked in the discussion is that African-Americans, realizing the 40 acres was not forthcoming, worked to buy their own land after the war—land that served not only as a source of income, but as a bedrock of physical safety and familial stability over generations. That land has since been, in many cases, weaseled away from their heirs through dubious legal manoeuvres. And the weaseling continues today.