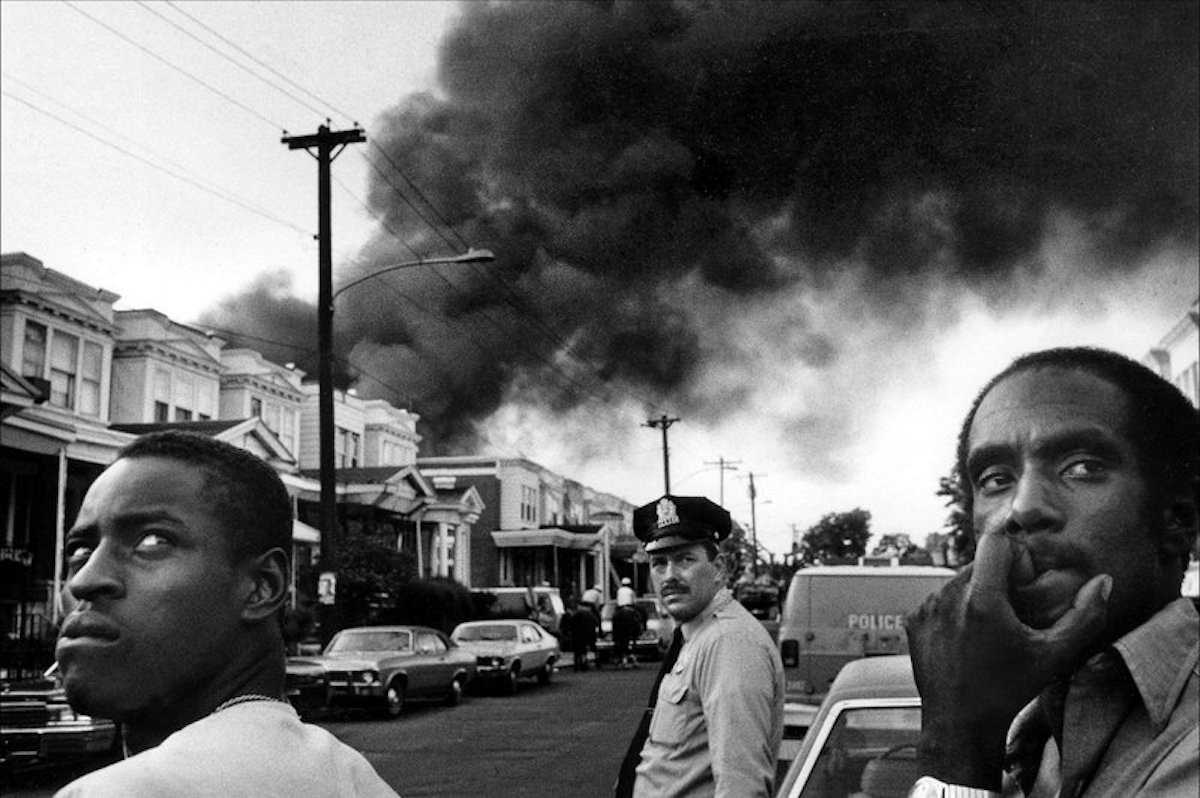 Kara Walker made a portrait of Toni Morrison for the cover of The New Yorker. | Artsy

Black Main Street Staff, Black Main Street
The scene at the corner of 62nd and Larchwood on the afternoon of May 13, 1985, following the dropping of a bomb on MOVE headquarters. Tom Gralish/Philadelphia Inquirer/MCT/Landov.Featured Image

On May 13, 1985, at approximately 5:28 p.m., two, one-pound bombs were dropped onto a house at 6221 Osage Avenue. The bombs were dropped from about 60 feet above the house by a Pennsylvania State Police helicopter. It was recorded, that the 500+ police officers at the scene, fired approximately 10,000 rounds of ammunition in the direction of the house in 90 minutes. This act of terrorism caused the deaths of 11 people (6 adults and 5 children) and destroyed 61 houses in the predominately Black neighborhood of West Philadelphia.

The city police department had been locked in an ongoing feud with a group called MOVE. Founded by John Africa in 1972, the MOVE Organization, is a Philadelphia-based Black liberation group that preached revolution and advocated a return to a nature lifestyle. They lived communally and vowed to lead a life uninterrupted by the government, police, or technology. They were passionate supporters of animal rights and members adopted vegan diets. Members also adopted the surname “Africa.” Often times they would engage in public demonstrations related to issues they deemed important.

In preparation for a stand off, police evacuated the neighborhood on May 12th (the day before the bombing), telling residents they could return in 24 hours. By early Monday morning on May 13th, there were more than 500 police officers surrounding the MOVE house. At 5:35 a.m., police gave four MOVE members named in arrest warrants, 15 minutes to surrender, however no one exited the house. When MOVE refused to surrender, the police began their attack with tear gas, smoke grenades, and water cannons. At some point during the attack, gun fire broke out. It’s unknown who fired first. Police say MOVE took the first shot. MOVE says the police fired first. The shooting continued for nearly 90 minutes. At 5:35 p.m., the type of bomb the police chose to drop on this residential, highly populated area of West Philadelphia was called a Tovex TR2. It was a commercial explosive, invented in the 1960’s as an option to dynamite, and its purpose was to dig trenches through rock in order to lay pipes. The bomb’s manufacturer, the DuPont Company, had an explosive products division located a little more than a half hour from Philadelphia in Delaware. However, no one from the fire or police department ever contacted DuPont to ask what could happen if TR2 were used in a residential neighborhood. Under the assumption that the two, 1-pound bombs wouldn’t be enough to breach the bunker, the police decided to strap a one-and-one-quarter-pound block of C-4 on top of the two Tovex bombs.
CLICK TO READ THE FULL ARTICLE, Black Main Street