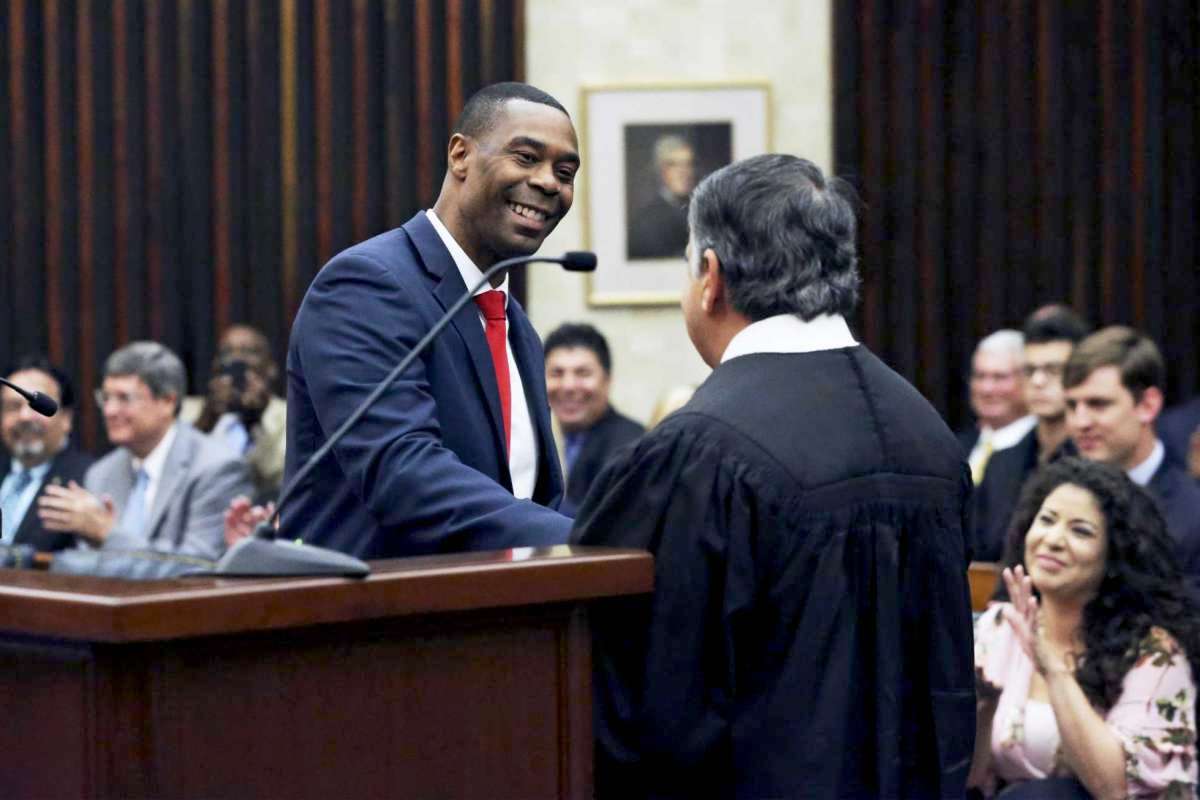 Joseph P. Williams, San Antonio Express-News
Jason Pulliam takes a handshake after he is sworn in as the newest federal judge by Chief U.S. District Judge Orlando Garcia at the John H. Wood Federal Courthouse on August 9, 2019.Photo: Tom Reel, Staff / Staff photographer. Featured Image
AVENTURA,The Western District of Texas welcomed its newest judge Friday to a San Antonio seat that has been vacant for more than a decade.