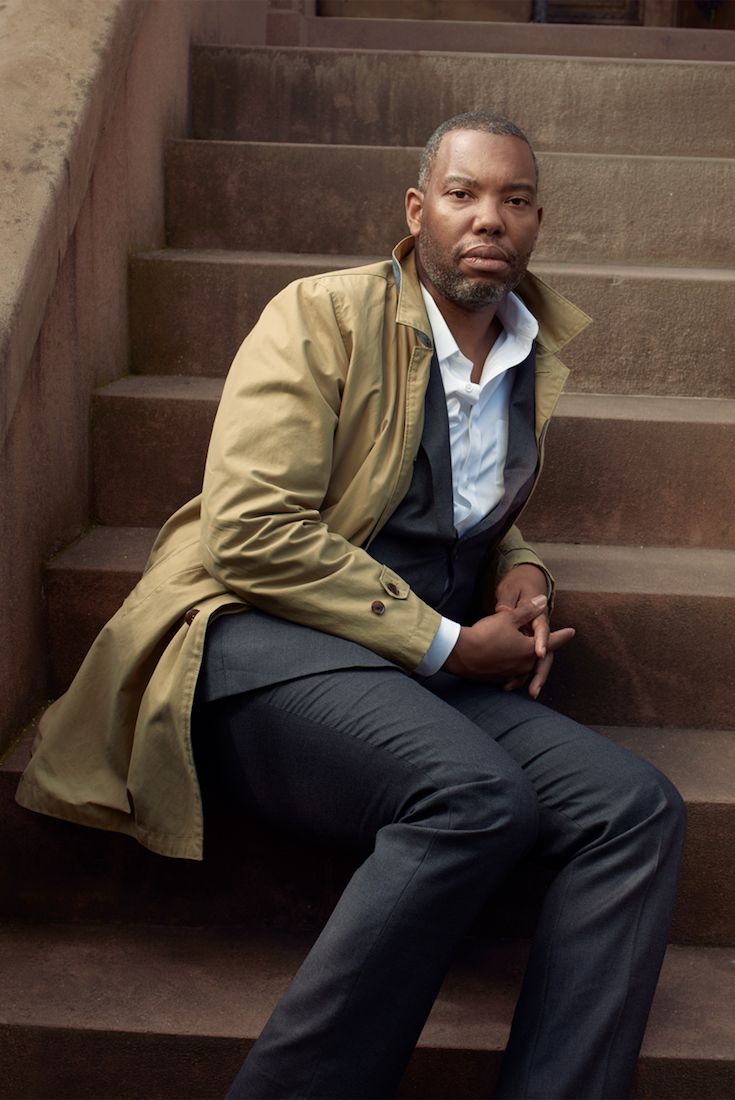 When I meet Ta-Nehisi Coates, I am surprised. All of the photos I’ve seen of him are somber and inscrutable, but when I walk into the café where he’s suggested we meet, he’s not like that at all. He’s one of those people who looks young at any age: There’s a kind of weightlessness and buoyancy in the way he holds himself, with a serious, clear eye that looks knowing and hesitant all at once. He also has a baby face. But even though he looks at me with kindness, I’m nervous.

Every seat in the place is taken, with most folks staring desultorily at laptop screens. I am dismayed to find Coates sitting at the very back of the restaurant, tucked into a corner. I am naturally clumsy, often self-conscious, and shy, and 20 minutes ago, I texted the man frantically. I called him “Mr. Coates,” wary of disrespecting him, my anxiety pulling out my southernness, and told him that my GPS insisted I would be there 15 minutes after our scheduled meeting time. Instead, here I am walking in 10 minutes early, dreading that this is a sign from the cosmos that I will ask the wrong questions. I list through the tables and sweat. When I sit down I awkwardly throw my phone on the table to record our conversation, introduce myself, and shake his hand to a rising wail in my head: He’s going to despise me.

There are so many reasons for self-doubt. Coates is a formidable writer and thinker. After his virtuosic memoir The Beautiful Struggle was released in 2008, he found an audience who was solidly impressed not only by the quality of his writing, which careened along and rose and fell like a song, but also by his intellectual prowess, his curiosity, his ranging mind. The book revolves around what it meant for Coates to grow up Black in Baltimore in the ’80s and is heavily informed by his father, who worked as a librarian at Howard University, and whose life was driven by the desire to equip his children with the tools they would need to survive in America—perhaps in a quest to figure that out for himself. Coates’s father started his own press, which sought out and published works by writers of the African diaspora.

Coates grew up in a home and a world where consciousness in thought and deed was the ultimate reflection of what it means to be a human being, where books and papers surrounded him and reflected him. He sought other stories in comic books and novels. Baltimore in the ’80s demanded a different education of him, one where he was bored by teachers, fell asleep in class, walked through the streets assessing the landscape and the people incessantly, wary and aware that at any moment, at any time, he could be jumped and beaten for any number of imagined offenses by boys who looked like him. That world trained Coates to navigate violence with his body and his mind, pressured his inner self to become the man he is today, a man with a baby face and easy bearing whose looks belie the weapon within, a self honed to a scythe’s sharpness.