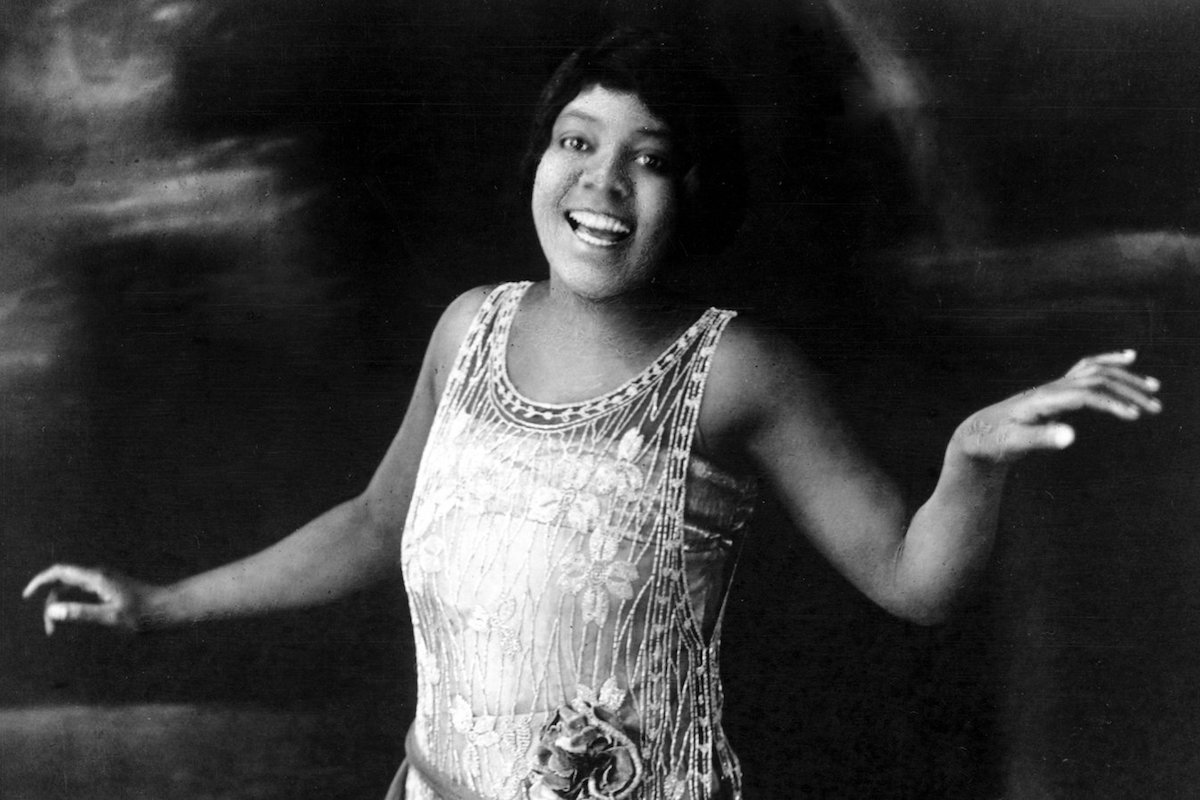 Singer Bessie Smith’s recording career only lasted 10 years, but during that time she created a body of work that helped shape the sound of the twentieth century. Her first single, “Downhearted Blues” — written by two women, pianist Lovie Austin and blues singer Alberta Hunter — was a major hit in 1923, selling hundreds of thousands of copies and helping her label Columbia Records out of a financial slump. With her subsequent recordings, Smith was one of the artists who propelled the fledgling “race records” market of music targeted to black audiences that had launched a few years earlier in 1920 with Mamie Smith’s hit “Crazy Blues.” Through the rest of the 1920s, Bessie Smith became one of the earliest stars of recorded music and a leading figure of what came to be called classic blues (a genre dominated by African American women). She was the highest paid African American artist working in music and the first African American superstar. Bessie Smith’s sound and her attitude, rooted in a distant era, are with us in the 21st century.

In that first hit record, “Downhearted Blues,” you can still hear what won the hearts of her audiences. A lament about the problems associated with love relationships, Smith sings about “being crazy about a man” who mistreated her and broke her heart. It’s a situation that most listeners (then and now) can relate to, but what sets the song apart is the attitude she assumes as she tells her story. In the opening lines she confronts the simple, terrible fact that “it’s hard to love someone when that someone don’t love you” and the pain that situation causes. But she also makes a commitment to avoiding this kind of agony in the future. “The next man I get,” she sings in a subsequent stanza, “has got to promise to be mine, all mine.” The song’s final lines express a confidence that suggests she might succeed in doing so: