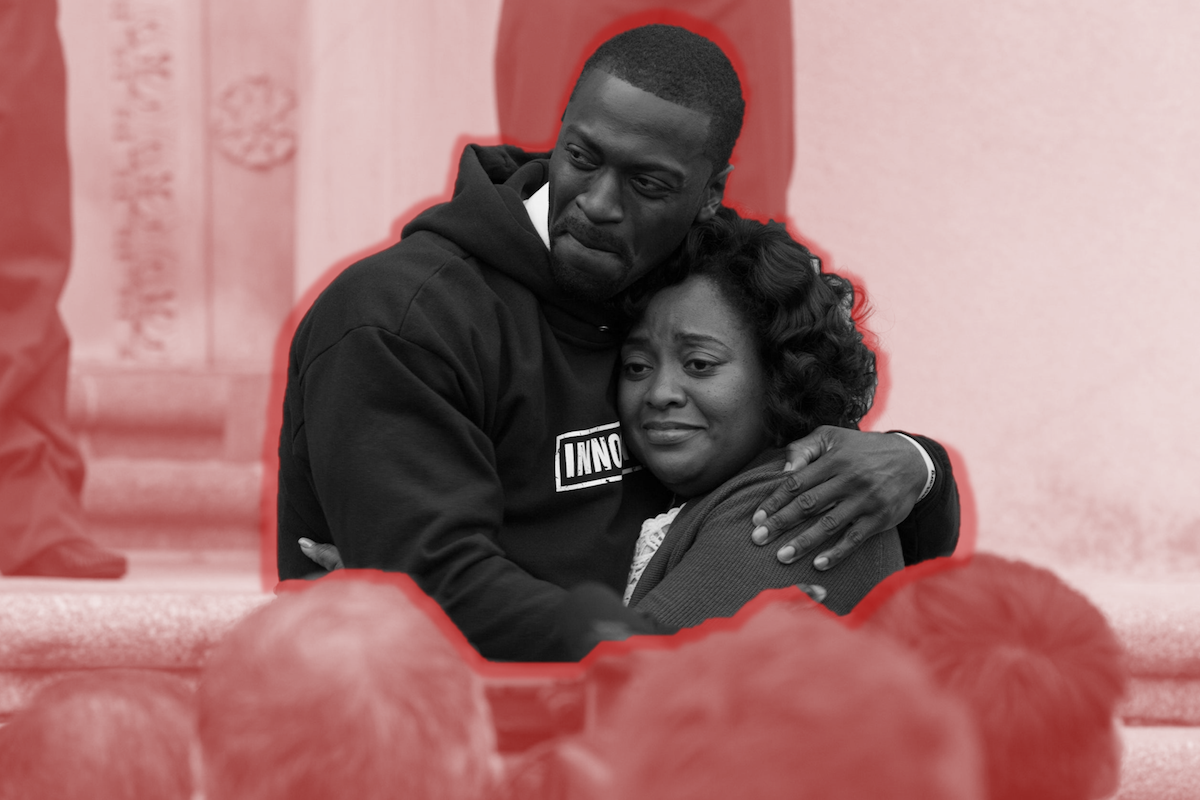 Amanda N’Duka, Deadline
Aldis Hodge (left, with Sherri Shepherd) stars as a high school football star whose NFL dreams are waylaid when he’s wrongfully convicted of a crime in the inspirational drama “Brian Banks.” (Aug. 9) (Photo: BLEECKER STREET). Featured Image
The story told in Brian Banks is unfortunately all too familiar. The eponymous biopic, directed by Tom Shadyac, chronicles the true story of the All-American football player who had committed to USC by his junior year, then had his life upended when he was falsely accused and convicted of rape, to being exonerated, and finally reaching his goal of playing in the NFL.

Throughout his 10-years in the prison system, a sentence he received despite the lack of evidence to support the accusation, Banks never wavered in maintaining his innocence. Ultimately, with the help of Justin Brooks and the California Innocence Project, Banks’ conviction was overturned in 2012, his name was cleared, and he was finally free to pursue his NFL dreams.

Speaking at the 25th annual Essence Festival in New Orleans, Banks described the film as a “full circle” moment. “It’s really surreal to have gone through such a traumatic experience… to come full circle and be here now with the opportunity this share this story. For Banks, the goal was to “not only to get our story out there but to share this story for other people who are currently voiceless, who are experiencing a similar situation.”