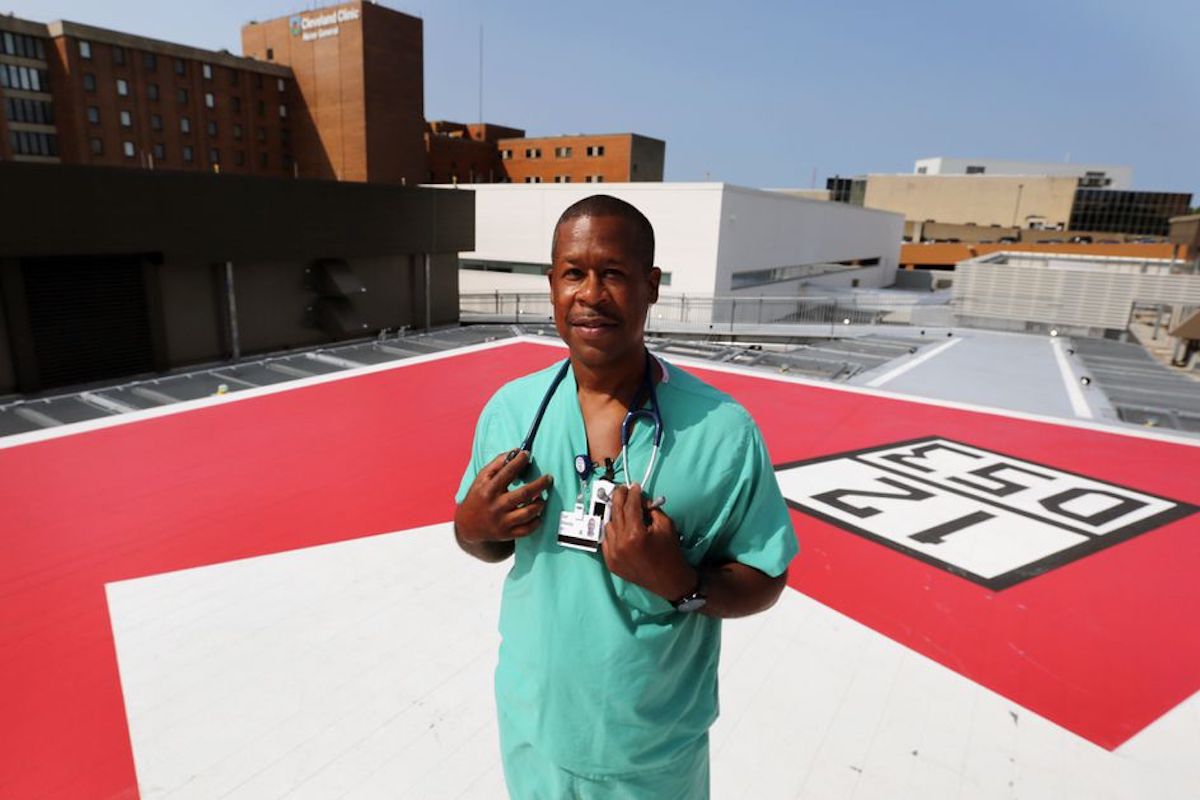 Michael K. McIntyre, The Plain Dealer, Cleveland.com
Dr. Carl Allamby stands on the helipad at Cleveland Clinic Akron General Hospital. Allamby recently started working as an ER resident at Akron General. He’s a former mechanic and business owner who decided to become a doctor while in his 40s. July 8, 2019 (Gus Chan / The Plain Dealer). Featured Image
Carl Allamby became an expert diagnostician after spending his childhood ducking his head under the hoods of Chevys and Fords with the older guys in his East Cleveland neighborhood. If a car whined and growled while turning, or if it squeaked on startup, he could run through a checklist in his head, zero in on the problem, and fix it.

Today, after a career overhaul, he does the same thing with people as an emergency medicine resident, having graduated from medical school this year at age 47.

The car mechanic is now a people mechanic at Cleveland Clinic Akron General hospital, where he started as a resident this month. He’s done more than rebuild his own career: He has narrowed, by one, the huge gap in black doctors in this country, particularly black male doctors.

To go from Carl the mechanic to Dr. Allamby, he had to engineer a 180-degree turn without ever hitting the brakes.