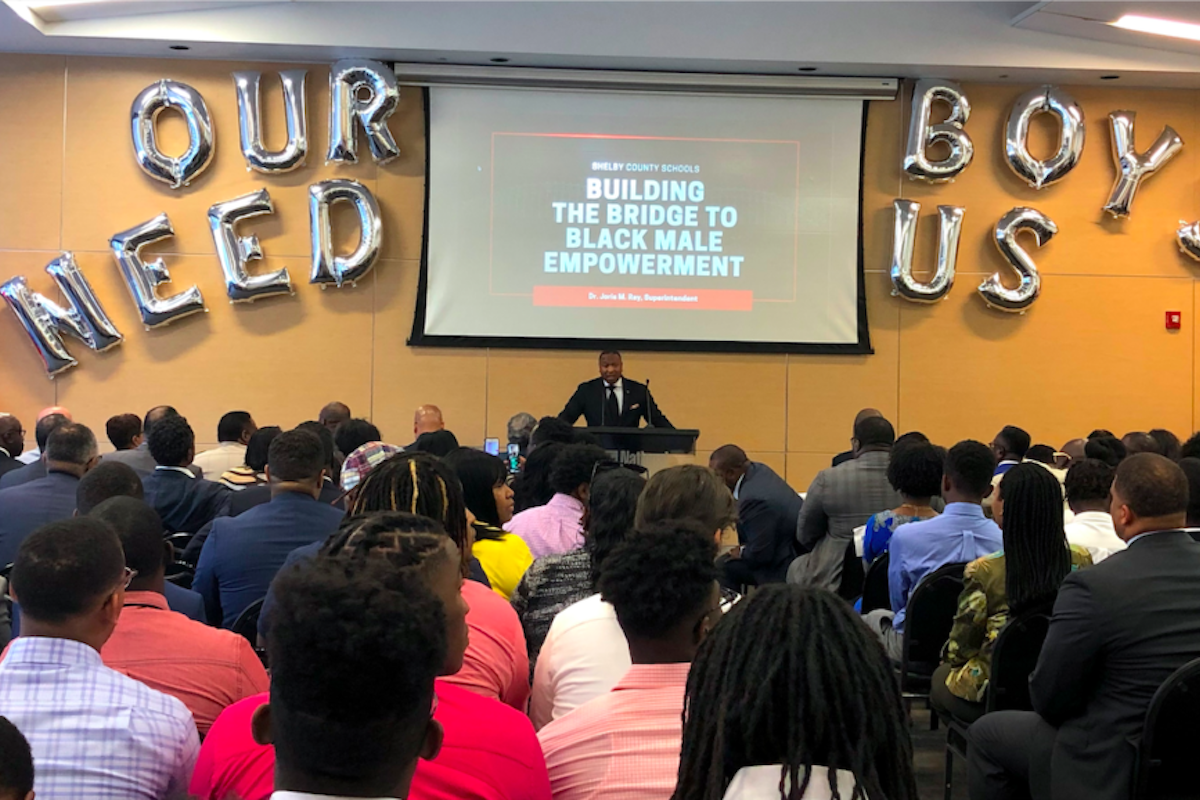 ‘Soul of Philanthropy’: learning to be a philanthropist in different ways | Indiana University – Purdue University Indianapolis

Black boys make up about 38% of Shelby County Schools students, but bear the brunt of all the negative statistics Ray presented to a crowd of about 200 people Monday who were at the kickoff of the African-American Male Empowerment initiative.

“Our African-American males have been overwhelmingly identified as the foremost vulnerable and challenged population in our system,” he said. “In Shelby County Schools, we cannot and will not allow African-American males to languish in the midst of antiquated systemic practices that do not take into account the very real challenges that deeply and directly affect them every day.”

Ray led a short ceremonial march to the National Civil Rights Museum with city leaders and about 100 black male students before announcing the initiative. The museum was formerly the Lorraine Motel, the site where civil rights leader Martin Luther King Jr. was assassinated in 1968.