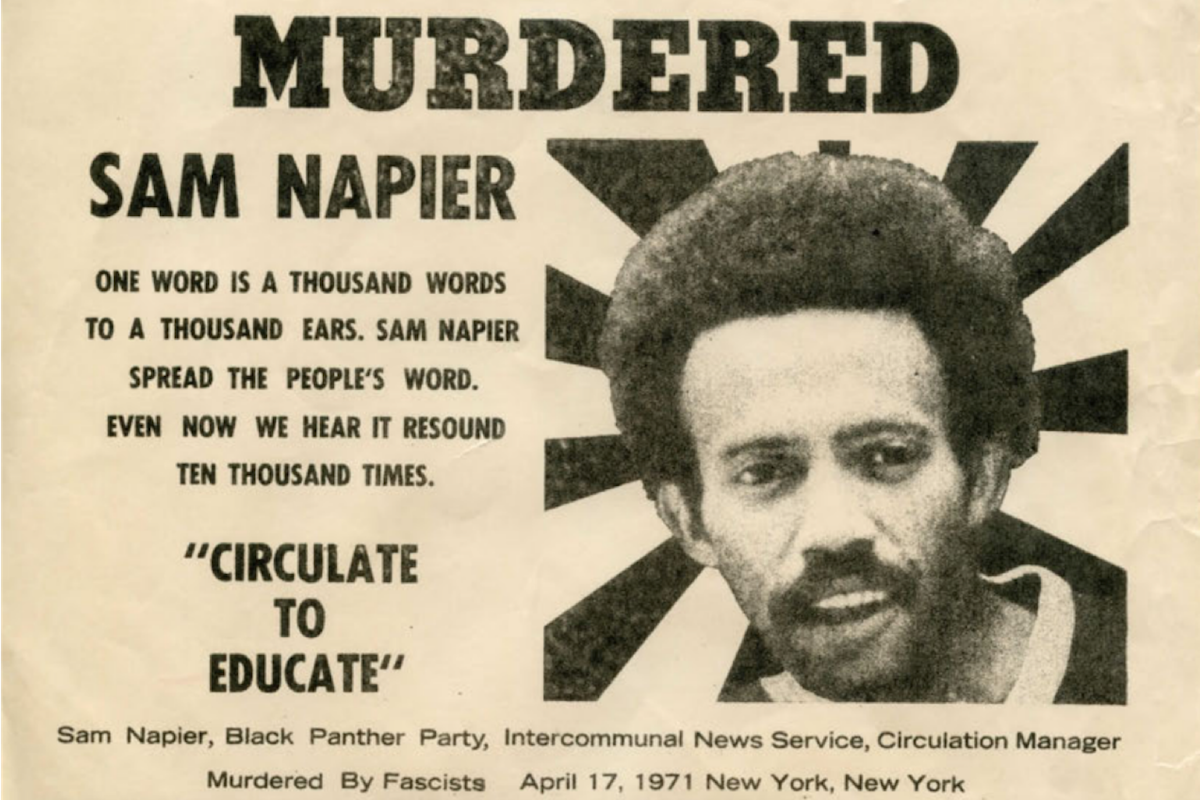 A 12‐year‐old girl testified in State Supreme Court in Queens yesterday that a mart admitted her and her 13‐year‐old friend to Black. Panther party headquarters in Corona last April 17 and held them there while a member of the Panther party, Sam Napier, was killed.

The girl, Tammy Johnson of 101‐04 34th Avenue, Corona, Queens, said that she and her friend, Desiree Brown, had gone to the headquarters to help distribute the Panther newspaper. After they were inside, she said, a man put a gun to her head and told the two to go downstairs. There, she said, they saw Mr. Napier, tied and gagged on a cot, humming, while on a nearby bed Miss Gwen Dolores Morton lay tied and humming.

The two children also were tied and told to hum.

“Then,” the 12‐year‐old witness testified, “I heard one shot, and I didn’t hear Sam any more.”

“After the shot,” she continued softly, almost inaudibly, “we were told to go into the backyard. I fell outside, then started smelling smoke. The fire got real hot.” She added that four or five men were in the basement.

Her testimony came on the fourth day of the arson‐murder trial of 17‐year‐old Mark Holder, one of five Black Panther party members indicted by a grand jury. The trials of the other four are pending. It was the first day on which the press and the public were admitted to the courtroom.