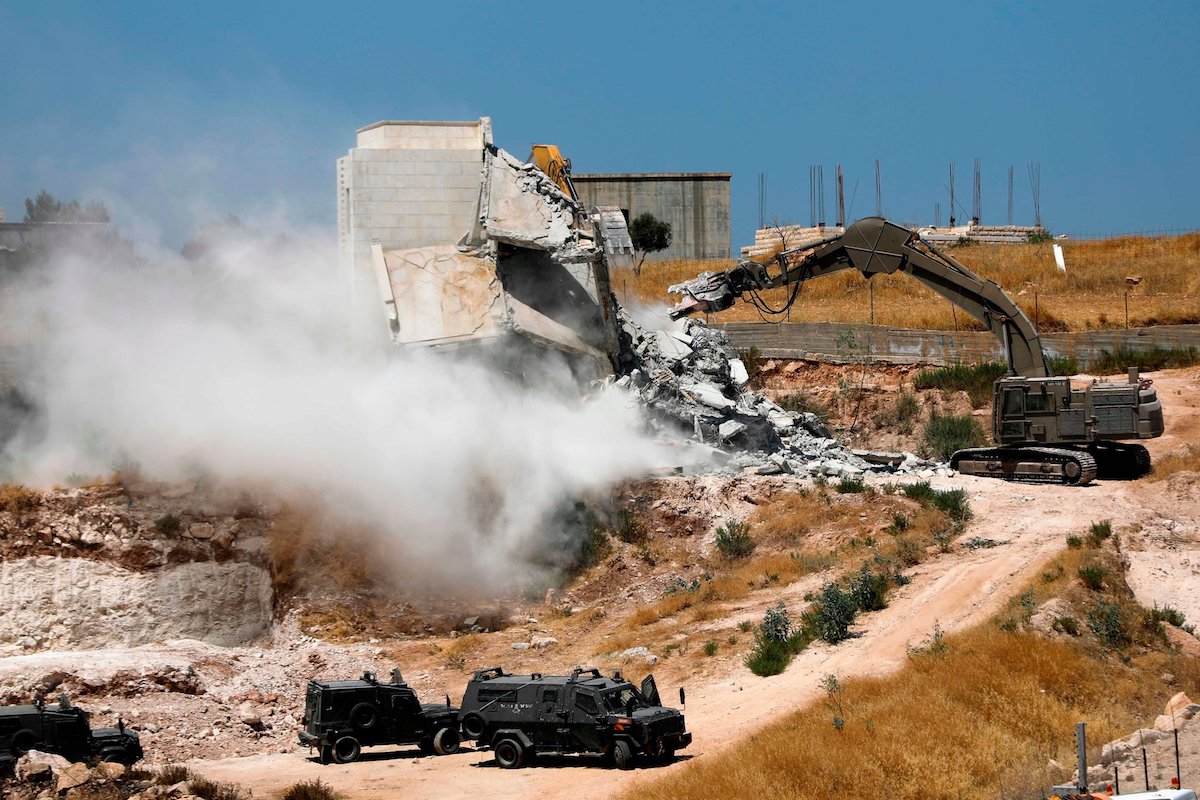 Isabel Kershner, The New York Times
Israeli bulldozers tearing down one of the Palestinian buildings in the West Bank village of Dar Salah, between annexed East Jerusalem and the West Bank. Credit Ahmad Gharabli/Agence France-Presse — Getty Images. Featured Image
JERUSALEM — Israeli bulldozers arrived before dawn on Monday and began clawing at the first of 10 Palestinian apartment blocks that were slated for demolition because the government said they were illegally built too close to its security barrier in a Palestinian area of the West Bank abutting Israeli-annexed East Jerusalem.

Israel’s minister of strategic affairs and public security, Gilad Erdan, said in a statement that the government had gone ahead with the “demolition of the illegal and mostly uninhabited buildings” after an Israeli court ruled that they constituted “a severe security threat and can provide cover to suicide bombers and other terrorists hiding among civilian population.”

United Nations officials had appealed to Israel to call off the demolition, which Palestinian officials condemned as a “war crime” and “ethnic cleansing.” The office of President Mahmoud Abbas of the Palestinian Authority called it “a serious escalation against our defenseless Palestinian people” and called for international intervention.