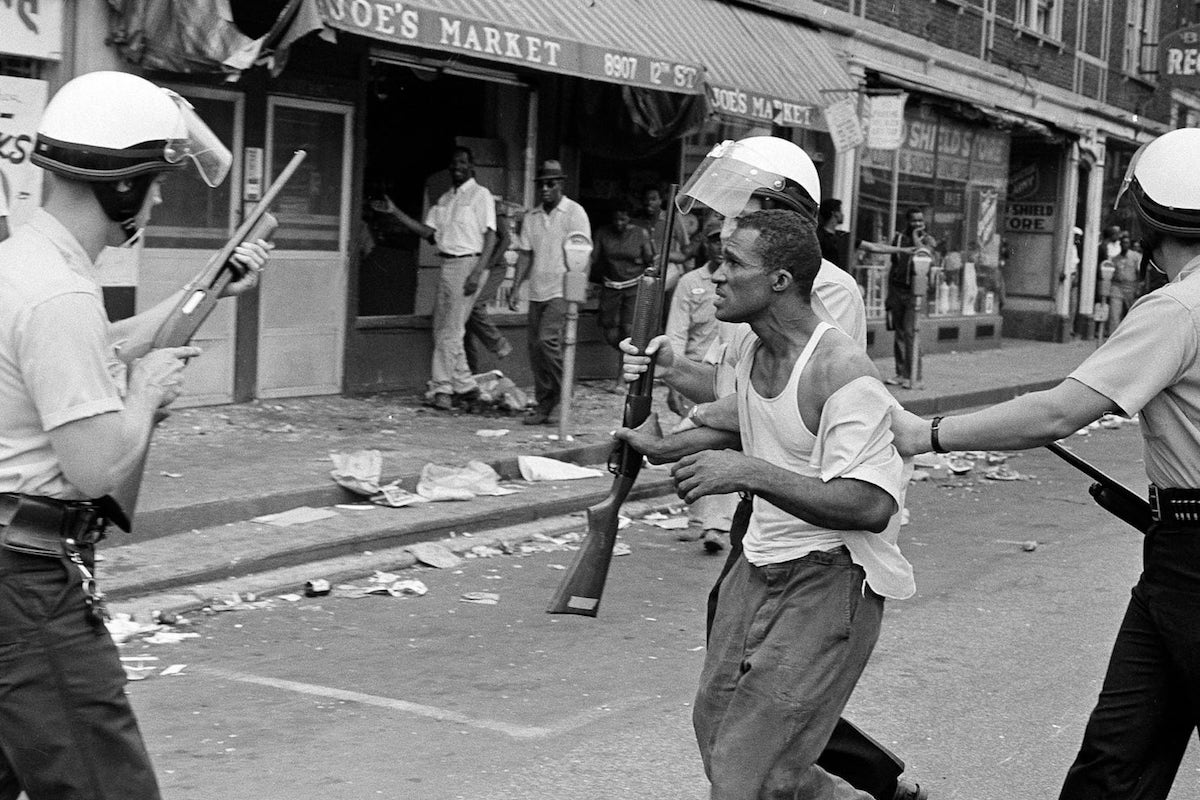 Peter B. Levy, The Washington Post
In this July 23, 1967 file photo, a man is taken into custody by police during a riot in Detroit. The riots engulfed the city beginning July 23, 1967, and continued for five days — one of many to hit the U.S. that summer. (Alvin Quinn/AP). Featured Image
Fifty years ago, shortly after sundown on July 21, 1969, a black woman named Lillie Belle Allen was murdered in York, Pa. Her killing brought to a climax one of the most severe yet least known racial revolts of the 1960s, one in which over 28 other York residents were shot, including Henry Schaad, a white rookie policeman, who died 10 days later.

Largely ignored by the press at the time, these deaths, and the turmoil that surrounded them, attracted little attention until 2001 when York Mayor Charlie Robertson, a police officer in 1969, was charged with Allen’s murder. But little-known as it was, York’s revolt reminds us that racial tensions in America in the 1960s afflicted communities large and small in every region of the country. It also explains why, a half-century later, many of the problems that fueled such revolts have yet to be solved.

For years, many white Americans mistakenly conceived of racism as a “Southern problem” and believed that Jim Crow only resided south of the Mason-Dixon Line. The racial violence of the 1960s throughout the country rudely awakened the nation to the speciousness of this belief.