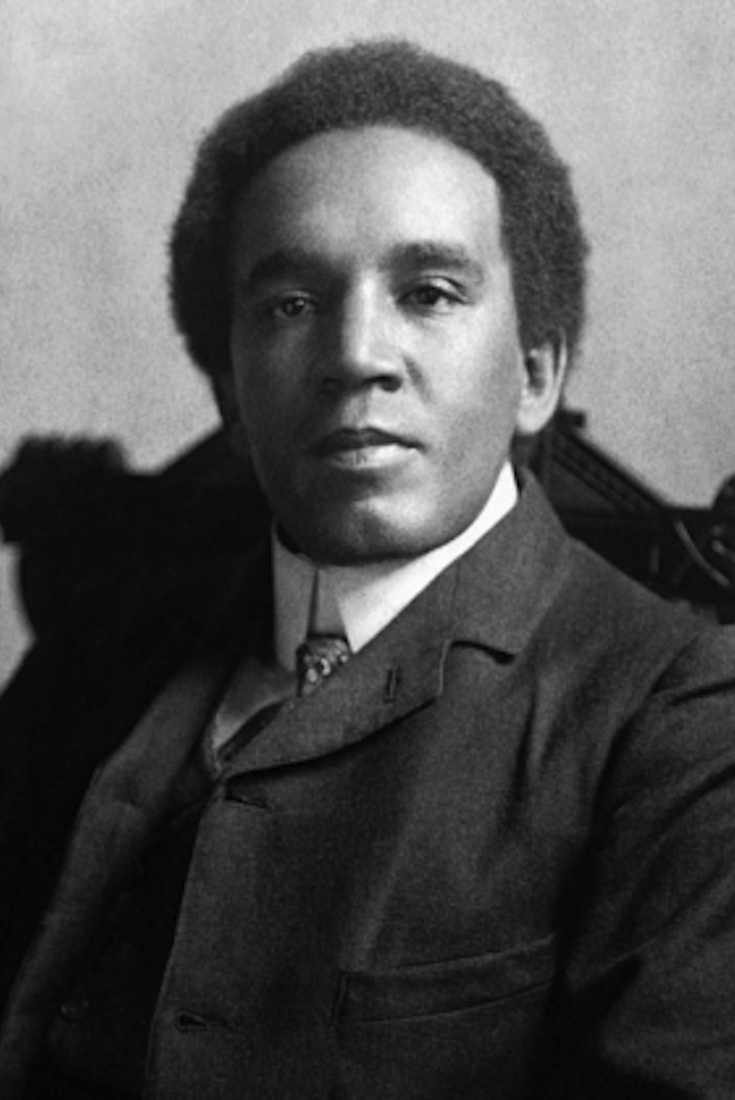 In 1901, a group of about 200 black singers in Washington, D.C., formed the Samuel Coleridge-Taylor Choral Society, in honor of the English composer who was for them a standard-bearer of the times. Coleridge-Taylor was a mixed-race musician who had made his mark in the very white world of classical music, and in founding the ensemble, the singers hoped not only to promote his music, but also to persuade him to come to America. This he did in 1904, agreeing to conduct a three-day festival of his works in the nation’s capital. The composer, well versed in the writings of W. E. B. Du Bois and deeply interested in black American life, seemed unconcerned by the possibility that he might suffer racial abuse while abroad (something he experienced at home). “As for the prejudice,” he wrote to his American hosts shortly before his arrival…

I am well prepared for it. Surely that which you and many others have lived in for so many years will not quite kill me …

I am a great believer in my race, and I never lose an opportunity of letting my white friends here know it. Please don’t make any arrangements to wrap me in cotton-wool.

As it turned out, neither Coleridge-Taylor nor the chorus bearing his name had very much to worry about.

Washington’s old Convention Hall, a cavernous venue on Mount Vernon Square, was booked for three nights in mid-November. With word spreading and excitement building, a line began to form on a Friday night for the purchase of tickets the following morning. Some 3,000 patrons—about 2,000 of them black—attended the first performance, in which Coleridge-Taylor conducted his trilogy of Hiawatha cantatas. (The first of these, Hiawatha’s Wedding Feast, happened to be his best-regarded work.) The orchestra was the U.S. Marine Band, augmented by freelance string players, and in addition to the Coleridge-Taylor Choral Society, three prominent black American vocal soloists performed—a grand triumph with both the critics and the crowd. Coleridge-Taylor was later invited to the White House, where President Roosevelt held a reception in his honor.