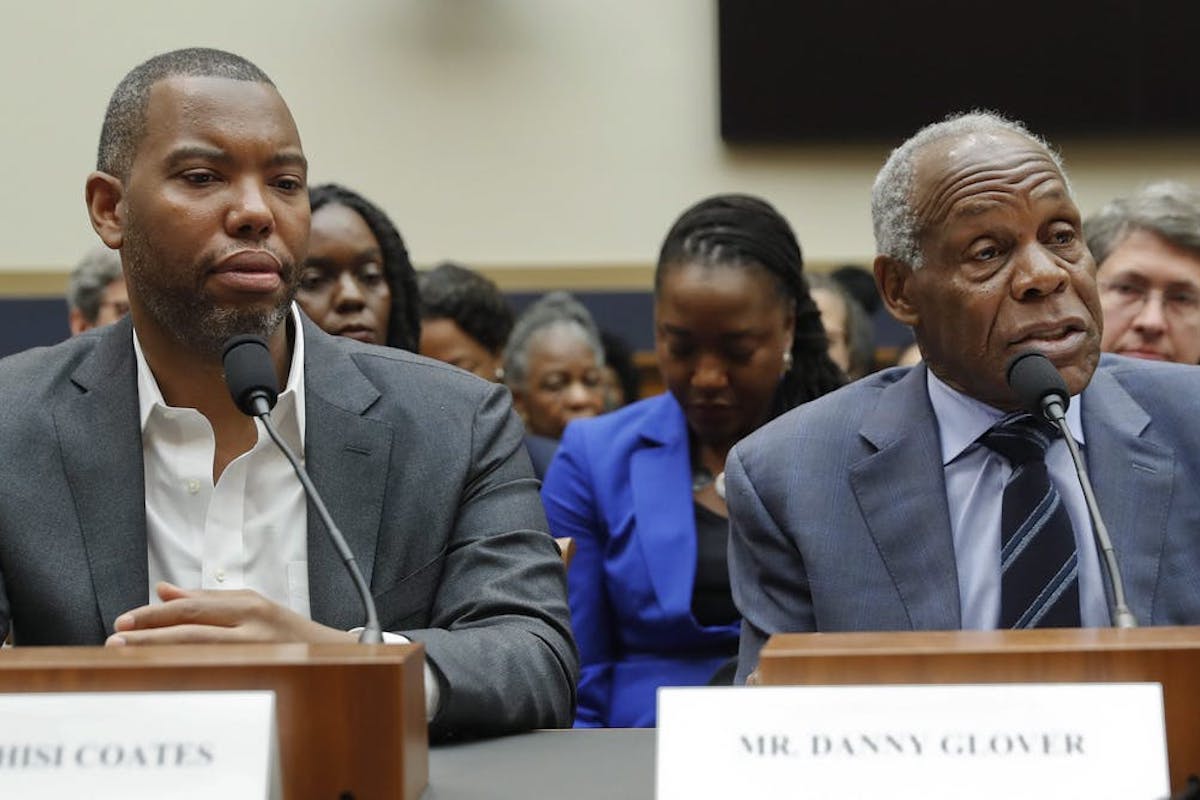 Bonny Ibhawoh, The Conversation
Author Ta-Nehisi Coates, left, and actor Danny Glover, right, testify about reparation for the descendants of slaves during a hearing before the House Judiciary Subcommittee on Capitol Hill on June 19, 2019. (AP Photo/Pablo Martinez Monsivais). Featured Image
America’s failure to understand, acknowledge and resolve the continuing catastrophe of slavery is holding back the entire nation.

Without broad public recognition that the country’s original wealth was derived unjustly through slavery, and that deliberate post-Emancipation efforts perpetuated the social and economic gulf between white and Black America, there can be no justice or healing.

Recently, a group of prominent African-Americans testified before the United States Congress on reparations for the descendants of slaves, reopening a wound that is as old as America itself, and still acutely painful for those who continue to suffer from the very tangible effects of slavery’s racist legacy.

The first congressional hearing in more than a decade on the subject helped educate yet another new generation to the unresolved debate over whether the U.S. should compensate descendants of enslaved Africans.