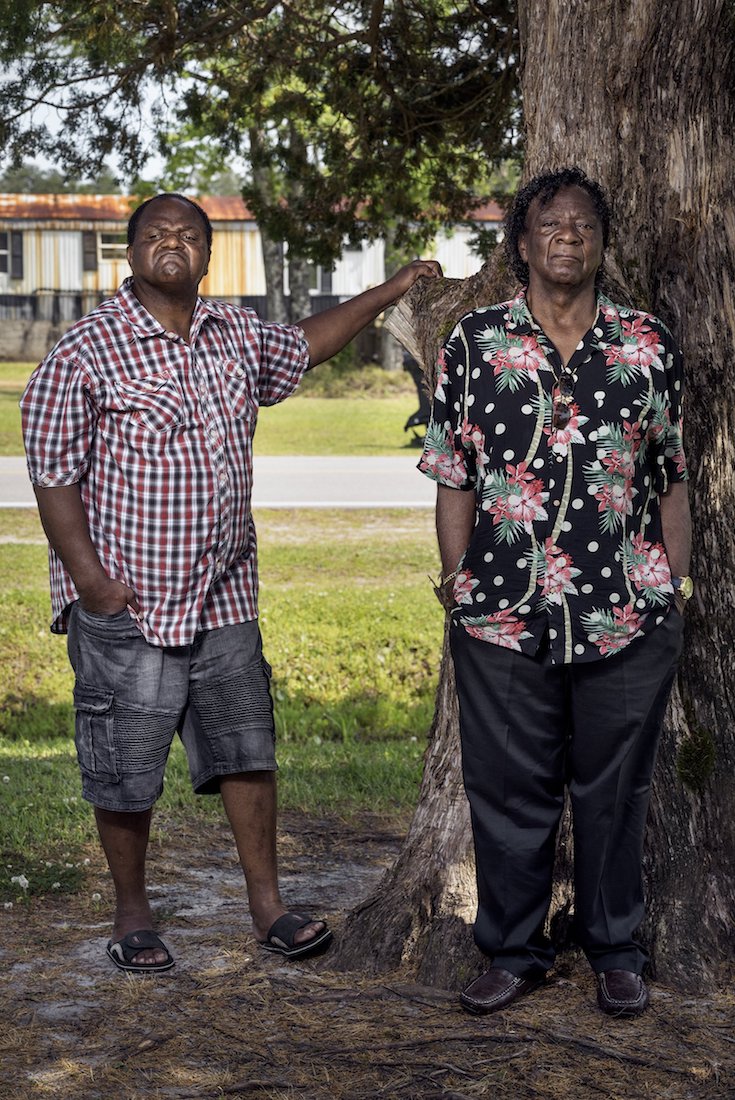 What Canada and South Africa can teach the U.S. about slavery reparations | The Conversation

IN THE SPRING OF 2011, the brothers Melvin Davis and Licurtis Reels were the talk of Carteret County, on the central coast of North Carolina. Some people said that the brothers were righteous; others thought that they had lost their minds. That March, Melvin and Licurtis stood in court and refused to leave the land that they had lived on all their lives, a portion of which had, without their knowledge or consent, been sold to developers years before. The brothers were among dozens of Reels family members who considered the land theirs, but Melvin and Licurtis had a particular stake in it. Melvin, who was 64, with loose black curls combed into a ponytail, ran a club there and lived in an apartment above it. He’d established a career shrimping in the river that bordered the land, and his sense of self was tied to the water. Licurtis, who was 53, had spent years building a house near the river’s edge, just steps from his mother’s.

Their great-grandfather had bought the land a hundred years earlier, when he was a generation removed from slavery. The property — 65 marshy acres that ran along Silver Dollar Road, from the woods to the river’s sandy shore — was racked by storms. Some called it the bottom, or the end of the world. Melvin and Licurtis’ grandfather Mitchell Reels was a deacon; he farmed watermelons, beets and peas, and raised chickens and hogs. Churches held tent revivals on the waterfront, and kids played in the river, a prime spot for catching red-tailed shrimp and crabs bigger than shoes. During the later years of racial-segregation laws, the land was home to the only beach in the county that welcomed black families. “It’s our own little black country club,” Melvin and Licurtis’ sister Mamie liked to say. In 1970, when Mitchell died, he had one final wish. “Whatever you do,” he told his family on the night that he passed away, “don’t let the white man have the land.”

Mitchell didn’t trust the courts, so he didn’t leave a will. Instead, he let the land become heirs’ property, a form of ownership in which descendants inherit an interest, like holding stock in a company. The practice began during Reconstruction, when many African Americans didn’t have access to the legal system, and it continued through the Jim Crow era, when black communities were suspicious of white Southern courts. In the United States today, 76% of African Americans do not have a will, more than twice the percentage of white Americans.

Many assume that not having a will keeps land in the family. In reality, it jeopardizes ownership. David Dietrich, a former co-chair of the American Bar Association’s Property Preservation Task Force, has called heirs’ property “the worst problem you never heard of.” The U.S. Department of Agriculture has recognized it as “the leading cause of Black involuntary land loss.” Heirs’ property is estimated to make up more than a third of Southern black-owned land — 3.5 million acres, worth more than $28 billion. These landowners are vulnerable to laws and loopholes that allow speculators and developers to acquire their property. Black families watch as their land is auctioned on courthouse steps or forced into a sale against their will.

Between 1910 and 1997, African Americans lost about 90% of their farmland. This problem is a major contributor to America’s racial wealth gap; the median wealth among black families is about a tenth that of white families. Now, as reparations have become a subject of national debate, the issue of black land loss is receiving renewed attention. A group of economists and statisticians recently calculated that, since 1910, black families have been stripped of hundreds of billions of dollars because of lost land. Nathan Rosenberg, a lawyer and a researcher in the group, told me, “If you want to understand wealth and inequality in this country, you have to understand black land loss.”