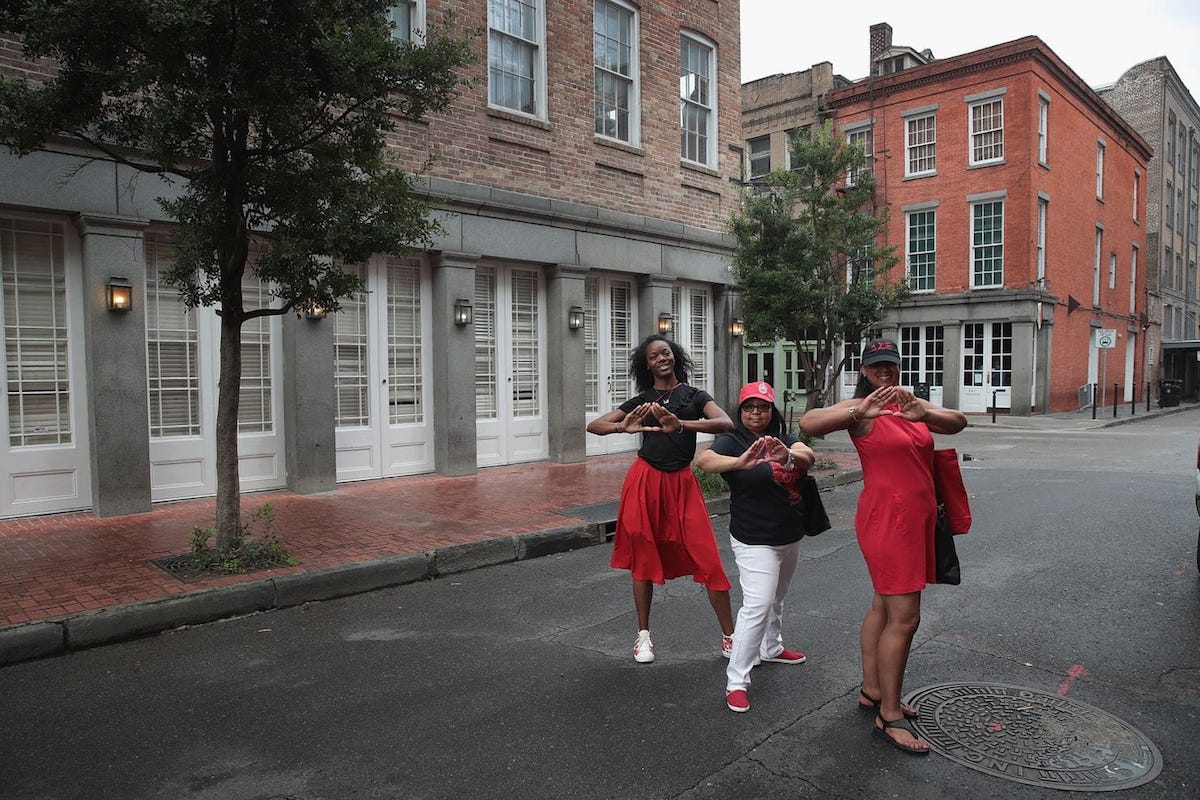 Morgan Krakow, The Washington Post
Latiya White, left, Gina Murray and Gina Holmes, members of Delta Sigma Theta from Atlantic City, N.J., stand in the French Quarter, which was nearly empty as the city braced for Tropical Storm Barry on Saturday in New Orleans, where the sorority was holding its national convention. (Scott Olson/Getty Images). Featured Image
As Tropical Storm Barry encroached on the New Orleans area Friday, the Delta Sigma Theta sorority made a tough decision — to conclude its 16,000-person biennial national convention early. But then came an easier decision: saving the convention’s 17,000 uneaten meals for those affected by the storm.

Beverly E. Smith, Delta Sigma Theta’s national president and chief executive, said in an email that the sorority was “delighted” to donate the food from a canceled luncheon and evening gathering, catered by the company Centerplate.

“There was inordinate amounts of food that would have been wasted. Kudos to Centerplate,” Smith said.

The sorority, a predominantly black organization founded by 22 women in 1913 at Howard University, announced Friday that it would be closing the convention at the Ernest N. Morial Convention Center. The national convention, scheduled to run through Sunday, was in its 54th year.