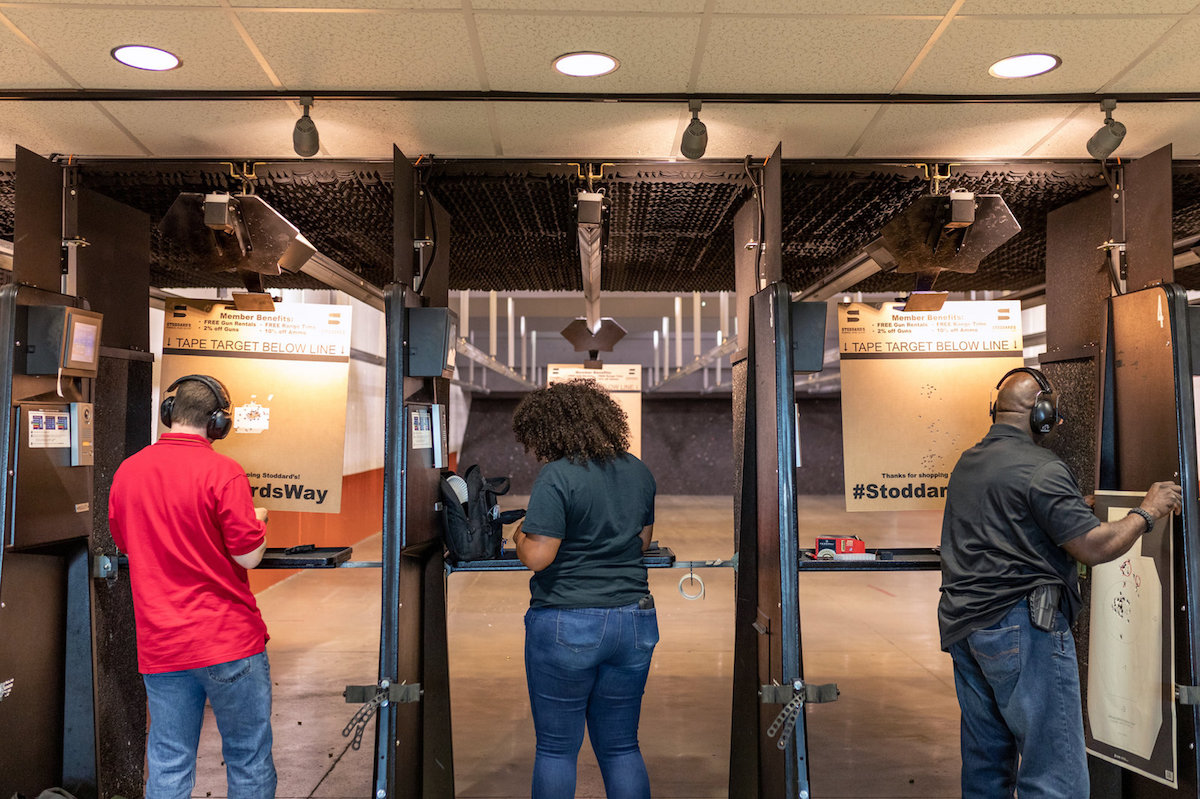 Brakkton Booker, NPR
Michael Doyle (left), Casandra Light and Colin Mapp prepare to shoot and review their targets in a gun range in Atlanta. Lynsey Weatherspoon for NPR. Featured Image
The goal of the National African American Gun Association is to introduce black Americans to guns and also instruct them on how to use them.

Some see the group as an alternative to the National Rifle Association for black gun owners, but it has some notable differences. Organizers say it is a civil rights organization that aims to build community and promote self-protection.

Since its creation in 2015, the group has seen rapid growth with roughly 30,000 members and 75 chapters nationwide. Leaders expect another 25 chapters by next year.

Overall, 4 in 10 Americans say there is a firearm in their household, according to a 2017 study by Pew Research Center. Broken down by race, 24% of African Americans say they personally own a gun, compared with 36% of whites and 15% of Hispanics.