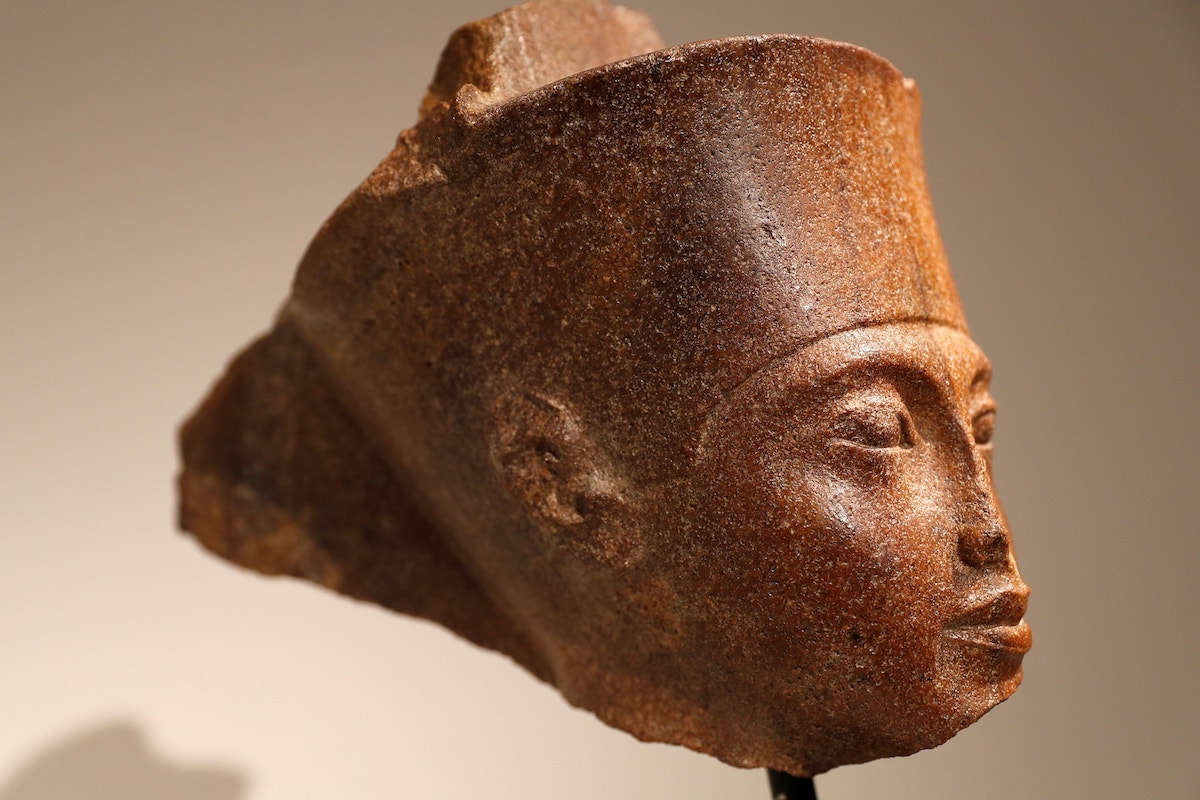 Ayanna Pressley To Kellyanne Conway: ‘Keep My Name Out Of Your Lying Mouth’ | HuffPost

Scott Reyburn, The New York Times
An Egyptian quartzite head of the God Amen, carved the face of the pharaoh Tutankhamen, sold at Sotheby’s on Thursday. Credit Peter Nicholls/Reuters. Featured Image
LONDON — “It was smuggled. It belongs to Egypt,” said Magda Sakr, one of a dozen protesters gathered outside Christie’s auction house minutes before a stone head of the pharaoh Tutankhamen was set to be sold on Thursday night.

“I believe these things should be in a museum. They shouldn’t belong to one person,” added Ms. Sakr, holding a placard that read “Save Tutankhamen Head. Egyptian History is not for Sale.”

But despite protests from Ms. Sakr, and from Egyptian officials, the sale went ahead.

The brown quartzite sculpture of the god Amen, carved with the features of the pharaoh Tutankhamen during his brief reign, was the star lot of Christie’s annual “Exceptional” auction of trophy objects from across the centuries.

Dated by the auction house to about 1333 B.C. to 1323 B.C., and described as having a “particularly sensual” mouth, the head sold for £4.7 million pounds, or about $6 million, with fees. But competition was subdued. The lot attracted just two hesitant bids from anonymous telephone bidders.