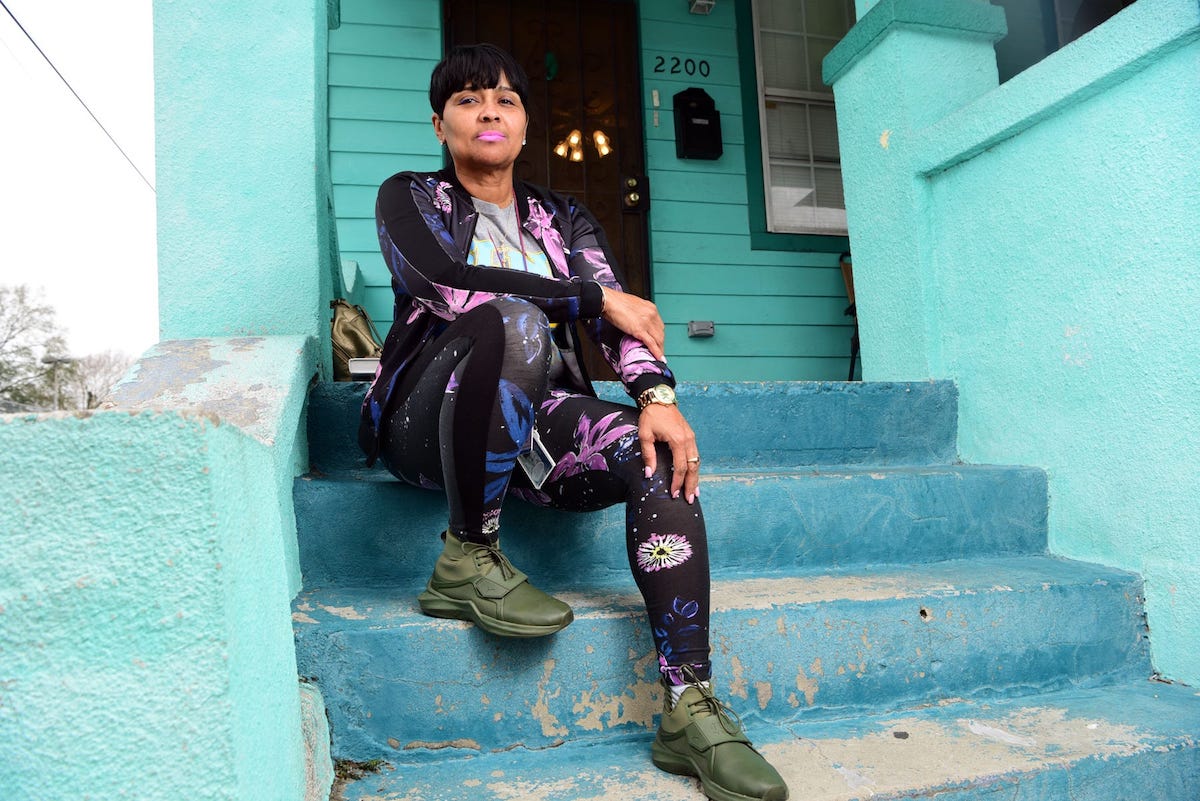 Casey Parks, The Hechinger Report, USA Today
Danielle Metz says she’s “living my best life” in New Orleans. During the spring semester, she was living in the childhood home she inherited from her parents, taking online classes and working as a “violence interrupter” at local hospitals when a young person is shot. CHERYL GERBER, THE HECHINGER REPORT. Featured Image

This story about “ban the box” was produced by The Hechinger Report, a nonprofit, independent news organization focused on inequality and innovation in education. Sign up for the Hechinger newsletter.

NEW ORLEANS – The sun glowed gold, and a second line parade was tuning its horns just a few streets away. But Danielle Metz had missed half her life already, and she couldn’t spare the afternoon, even one as unseasonably warm as this mid-February Sunday.

She climbed the stairs to the shotgun house her mom had bought in uptown New Orleans more than half a century ago. Metz slipped through the screen door, then shut it tight enough to keep out the sun. Inside, she dug through a box next to her bed and pulled out the clothbound journal that a woman had given her in 1996, when they were both incarcerated in the Federal Correctional Institute in Dublin, California. Metz hadn’t kept much from the 23 years she spent in prison, but the journal had been too special to leave behind. She opened it and read the dedication as a reminder of what she hoped to accomplish now that she was out.