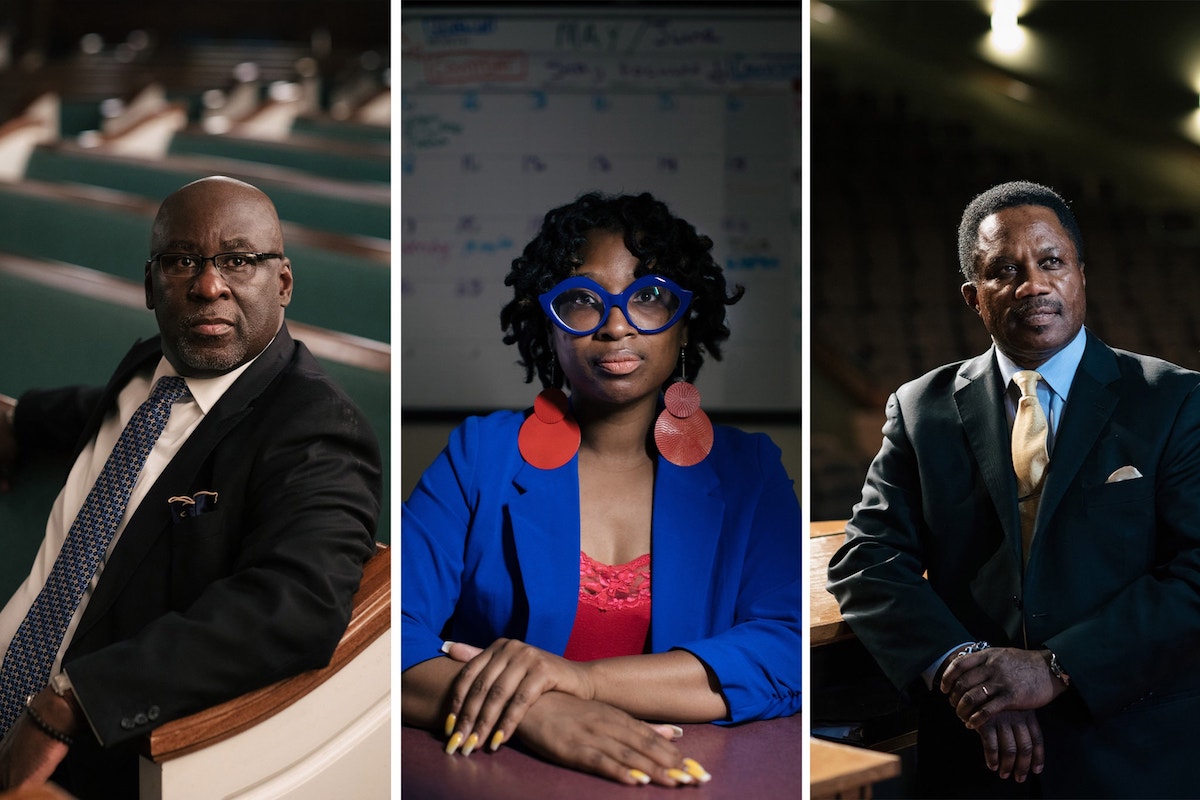 John Eligon, The New York Times
From left, the Rev. Clinton Stancil, the pastor of Wayman A.M.E. Church in St. Louis; Kawanna Shannon, director of surgical services at the Planned Parenthood Clinic in St. Louis; and the Rev. Michael Jones, the pastor of Friendly Temple Missionary Baptist Church in St. Louis. Credit Alyssa Schukar for The New York Times. Featured Image
ST. LOUIS — As a pastor, Clinton Stancil counsels his black congregants that abortion is akin to the taking of innocent life. But as a civil rights activist, Mr. Stancil urges them to understand the social forces that prompt black women to have abortions at disproportionately high rates.

The national debate over abortion has focused of late on when a heartbeat is discernible in the fetus, on the rights of women to make choices over their bodies and on the vast schism between the opposing views on ending pregnancies.

But to many African-Americans like Mr. Stancil, who is the pastor of Wayman A.M.E. Church in St. Louis, abortion cannot be debated without considering the quality of urban schools. Or the disproportionately high unemployment rate in black communities. Or the significant racial disparities in health care.