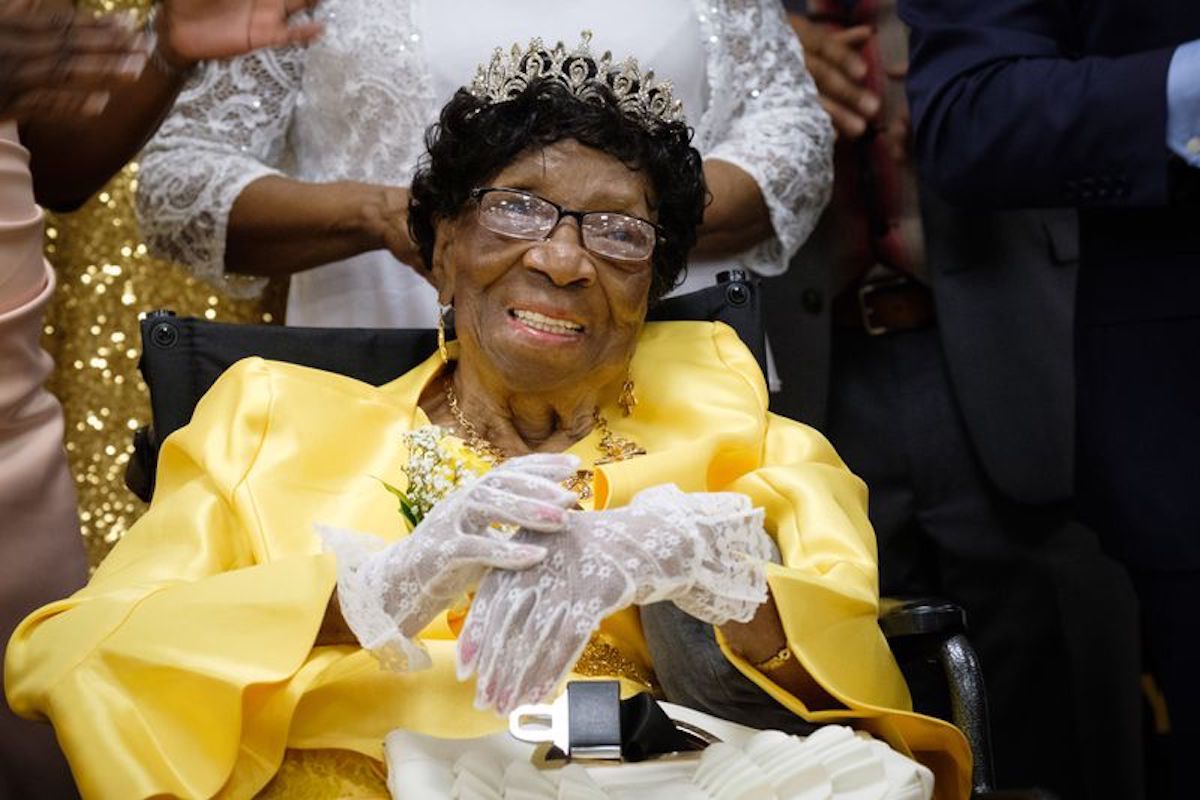 ‘You don’t know what you did for me’: Released from prison by Obama, now on the dean’s list | USA Today

Wearing a tiara, yellow suit and a smile, Murphy celebrated her birthday in Harlem on Friday. She’s believed to be the oldest person in the United States.

The crowd applauded as she was wheeled into the party room and sang along to a recording of “Happy Birthday” by Stevie Wonder. Every old person should be as healthy as Murphy — her blood pressure’s normal and she’s not diabetic, one of her granddaughters reports.

Murphy was born on July 6, 1905 in Grifton, NC. She moved to Harlem in 1926 — in the midst of the Harlem Renaissance. She was followed by her boyfriend from home, whom she married later that year.