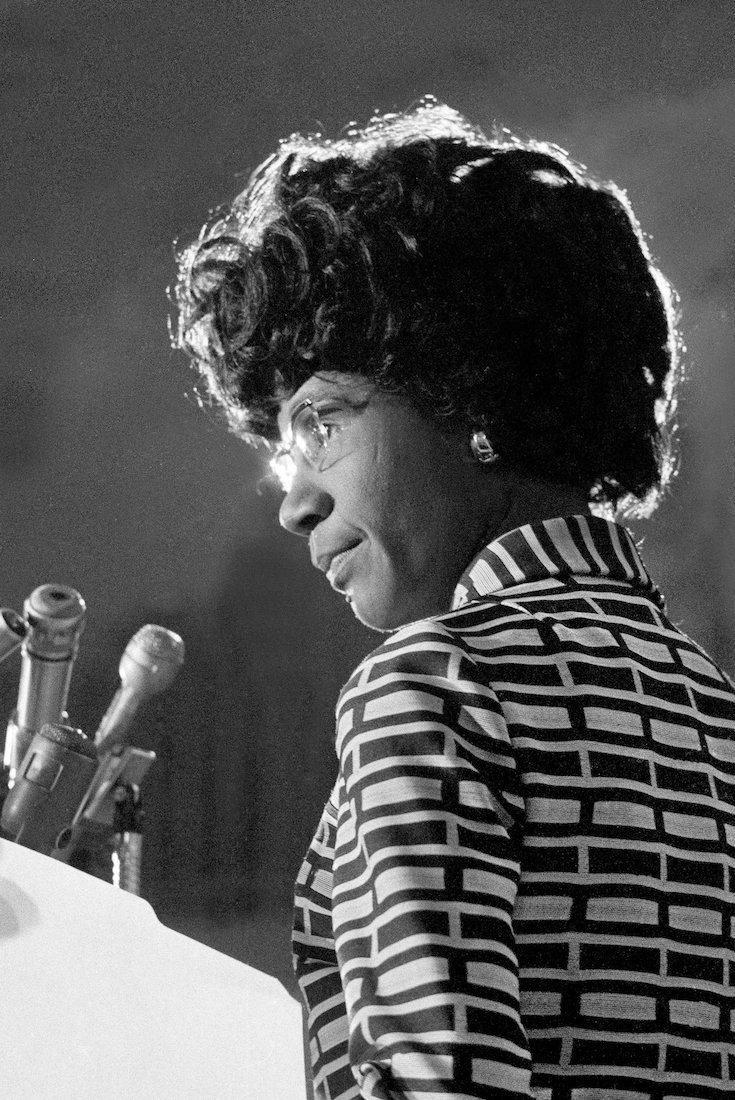 Jennifer Steinhauer, The New York Times
Representative Shirley Chisholm announcing her bid for the United States presidency on Jan. 25, 1972, at the Concord Baptist Church in Brooklyn. Credit Don Hogan Charles/The New York Times. Featured Image
Shirley Chisholm stares out from the side of a dozen coffee mugs these days, her epochal glasses, brocade dresses and distinct crown of curls recognizable trademarks of the most regenerative political figure in modern American culture.

As a number of new congresswomen begin to emerge in her image, Ms. Chisholm, who 50 years ago began her service as the first African-American woman in Congress, representing Brooklyn’s 12th District, is enjoying a resurgence of interest 14 years after her death.

The actor Viola Davis is producing and starring in a feature film about her, “The Fighting Shirley Chisholm,” and the congresswoman will be portrayed by the actress Uzo Aduba in the upcoming series “Mrs. America,” which chronicles the movement to ratify the Equal Rights Amendment.

The Shirley Chisholm State Park — the largest state park in New York City — opened July 2 in Brooklyn. The congresswoman will soon be the first female historical figure to have a public monument in Brooklyn. Representative Yvette Clarke, who holds the seat held by Ms. Chisholm, is working to get a statue of her placed in the United States Capitol.