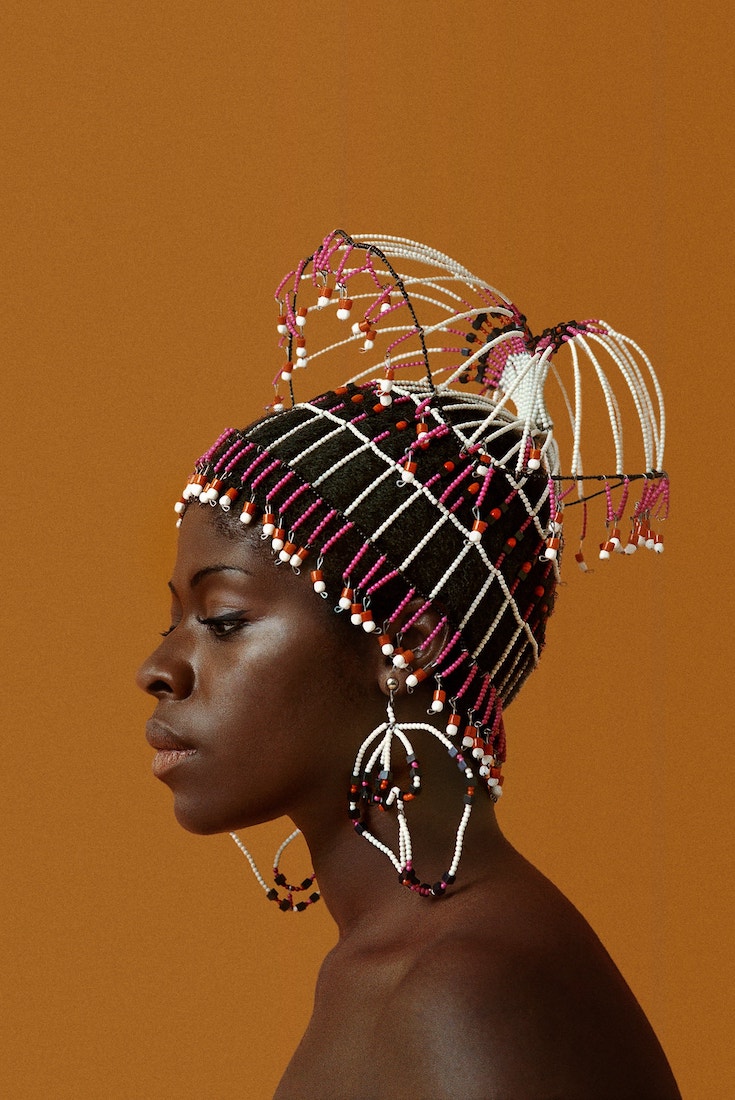 Jillian Steinhauer, The New York Times
Sikolo Brathwaite, wife of the photographer Kwame Brathwaite, in 1968, wearing a headpiece designed by Carolee Prince. The image is in the show “Black Is Beautiful: The Photography of Kwame Brathwaite,” at the Skirball Cultural Center in Los Angeles. Credit Kwame Brathwaite and Philip Martin Gallery. Featured Image
LOS ANGELES — Images of black Americans’ deaths and suffering have been a permanent fixture in our cultural history, while those celebrating black personhood and pleasure have been less widely known and shown. Recent years have brought a range of efforts to balance this trend, from the scholar Deborah Willis’s book “Posing Beauty: African American Images from the 1890s to the Present” to the hashtag #BlackGirlMagic. The exhibition “Black Is Beautiful: The Photography of Kwame Brathwaite,” organized by the Aperture Foundation and accompanied by a publication of the same title, is the latest — a tribute to a man who captured the soul of a new movement celebrating African-American style and identity (and whose achievements are now inspiring the pop star Rihanna).

Offering a small sample of a larger oeuvre, “Black Is Beautiful,” at the Skirball Cultural Center here, is the first solo museum show devoted to Mr. Brathwaite. It features 41 mostly black-and-white pictures he shot largely in the Bronx and Harlem in the 1950s and ’60s, as well as contemporaneous clothing, jewelry, posters and album covers. The photographs depict dapper black men in suits, congregating at jazz concerts, and black women with natural hairstyles striking elegant poses in African-print clothing. As the exhibition makes clear, though, Mr. Brathwaite’s talent for creating images extended far beyond taking pictures. Despite going underrecognized in the years since, he was at the time a social force who helped gather and empower African-Americans, rallying them around the slogans “Think black, buy black” and “Black is beautiful.”