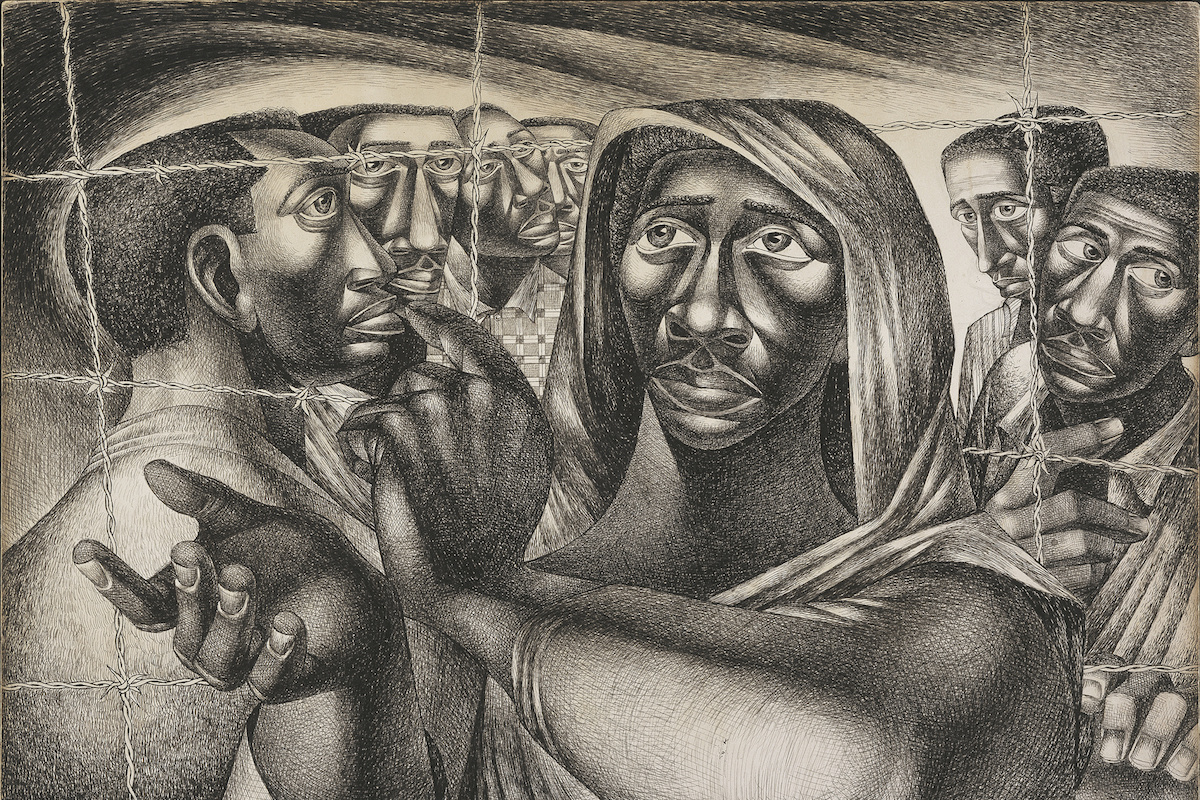 Denise Lynn, Black Perspectives
Trenton Six, 1949, (Charles White via Museum of Modern Art). Featured Image
The four-part docuseries When They See Us, directed by Ava DuVernay, has brought attention to the notorious case of the Central Park Five, a legal case that for many of us unfolded in living memory. The attention the docuseries brought to the case has inspired historians to make comparisons to other cases involving the legal frame-up of young Black men. Carl Suddler and Heather Ann Thompson have cited cases like the Scottsboro boys and the Harlem Six as examples. Thompson argues that these cases reveal that the American “criminal justice system is a proxy for white anxieties about blackness and brownness in America.” One of the cases Suddler specifically mentions is the Trenton Six, one that featured many of the same elements of the Central Park Five, including the targeting of a group of Black men with only precarious links to one another and the use of false confessions. It also features another element: the efforts and resistance of people and organizations to point out the regular use of police brutality and manipulation to control Black bodies and lives as well as to seek the exoneration of the men.