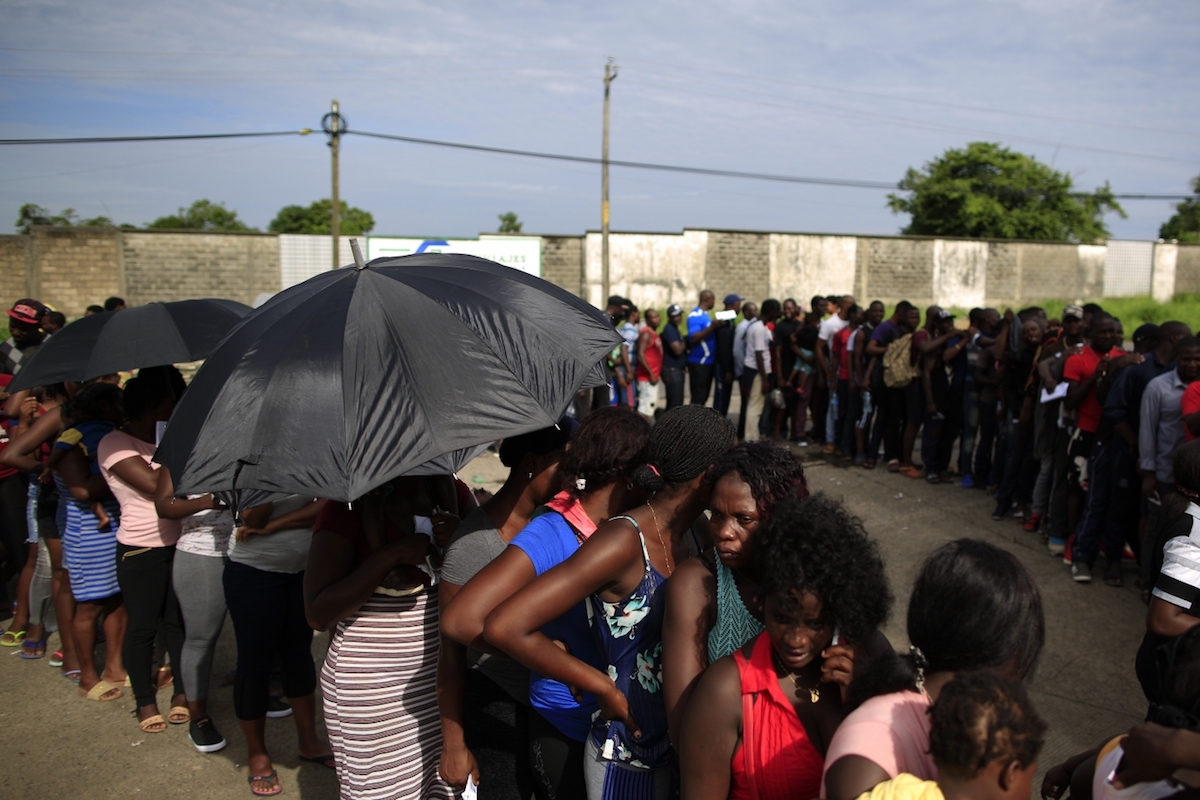 ‘Your Heritage Is Taken Away’: The Closing of 3 Historically Black Colleges | The New York Times

Associated Press, VOA News
Mainly Haitian along with some African migrants wait in men’s and women’s lines to request documents giving them temporary legal status in Mexico, outside the Siglo XXI detention center in Tapachula, Mexico, June 12, 2019. AP. Featured Image
MEXICO CITY – Mexican immigration officials say they have returned 81 migrants to Haiti after attending to “technical” considerations and seeing to the security of the captain of the plane taking them to the Caribbean nation.

Local media reported that several Haitians tried to flee the plane parked at an airport in the southern state of Chiapas on Saturday. El Sol de Mexico newspaper said the uprising took four hours to control and that 10 Mexican police were injured.

Dozens of Haitians were removed from the deportation plane before it took off for Port-au-Prince.

Mexico is under intense pressure to reduce the flow of migrants traveling through the country to reaching the U.S. Most of the migrants are from Central America, but others are from African, Asian or Caribbean countries.