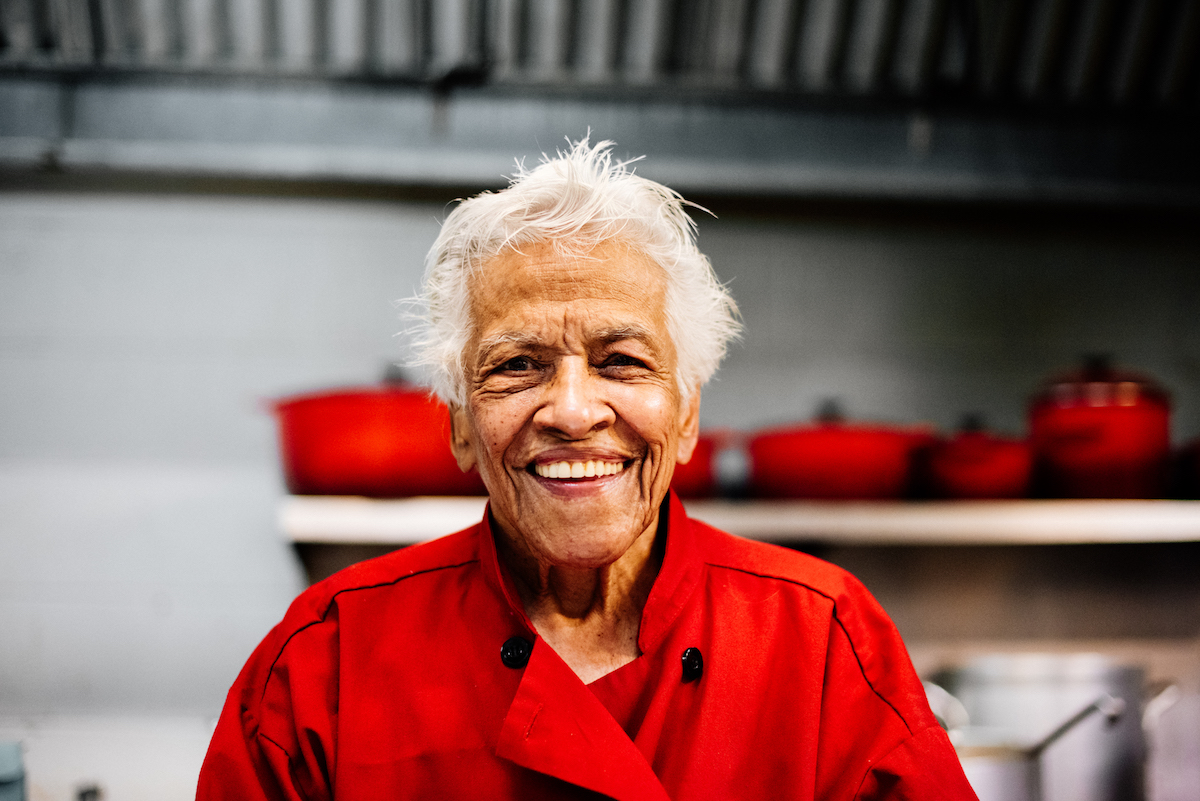 The lying in state is over. The funeral mass has taken place. The sorrowful slow dirge has been played, the white doves released, and the umbrellas and antics of the second line captured on film. Life goes on and Dooky Chase’s continues to thrive on Orleans Avenue serving Shrimp Clemenceau, red beans and rice, and stuffed shrimp to locals and tourists alike. Now comes the time to review and recall the restaurant’s owner and chef Leah Chase’s vast legacy: her food and ability to attract presidents and paupers alike to her white-clothed tables for more than six decades; her work as a civil rights activist, feeding the Freedom Riders and providing a safe space for blacks and whites to come together over fried chicken and gumbo to strategize in the restaurant’s upstairs room at a time when simply being at the same table was illegal; even Disney’s first African American princess was based on her life. But there was an element of Leah Chase and her inheritance that may surprise those who only knew her as the Queen of Creole Cuisine—she loved artists and art. “You know, it’s a big part of my life because it did something for me,” she reminded me in 2018 during our last interview, for Garden & Gun’s forthcoming Southern Women book.