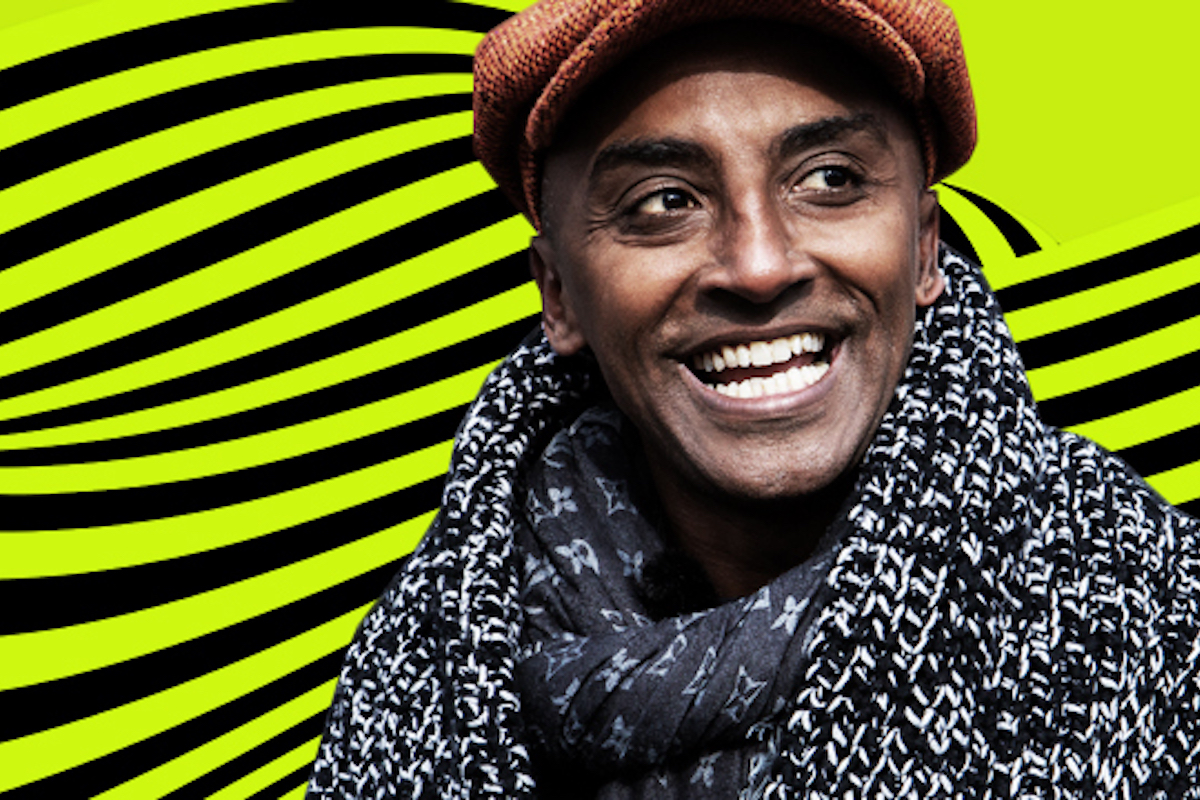 Marcus Samuelsson is a lion of the modern food scene. This doesn’t simply come from his incredible string of successes in the kitchen (Aquavit, Red Rooster, Streetbird Rotisserie), his high-visibility TV projects (he’s a judge on Chopped and hosts No Passport Required on PBS), or even his Beard-Award winning writing (he’s authored New American Table, The Soul of a New Cuisine, Marcus Off Duty, The Red Rooster Cookbook, Yes, Chef, and Make it Messy: My Perfectly Imperfect Life) — though the degree of his success is undeniable. His incredible importance to food culture in America is also thanks to his spirit of inclusion. His desire to highlight new voices and spread love in a historically cloistered industry.

Nowhere is this so evident as with the release of Our Harlem – Seven Days Of Cooking, Music, And Soul At The Red Rooster. Samuelsson calls the book a “kitchen listen” — a riff on The Red Rooster Cookbook that forgoes dry recipe readings in favor of an eclectic, dynamic performance. You hear Samuelsson, his culinary friends, his team, and important voices in the Harlem community. You also hear a lot of laughter. The project is literally loaded with people having fun talking about where food and one of the nation’s most historic neighborhoods intersect.

Last week, I spoke with Samuelsson about the project, the modern food scene, and the controversial topic of food appropriation.