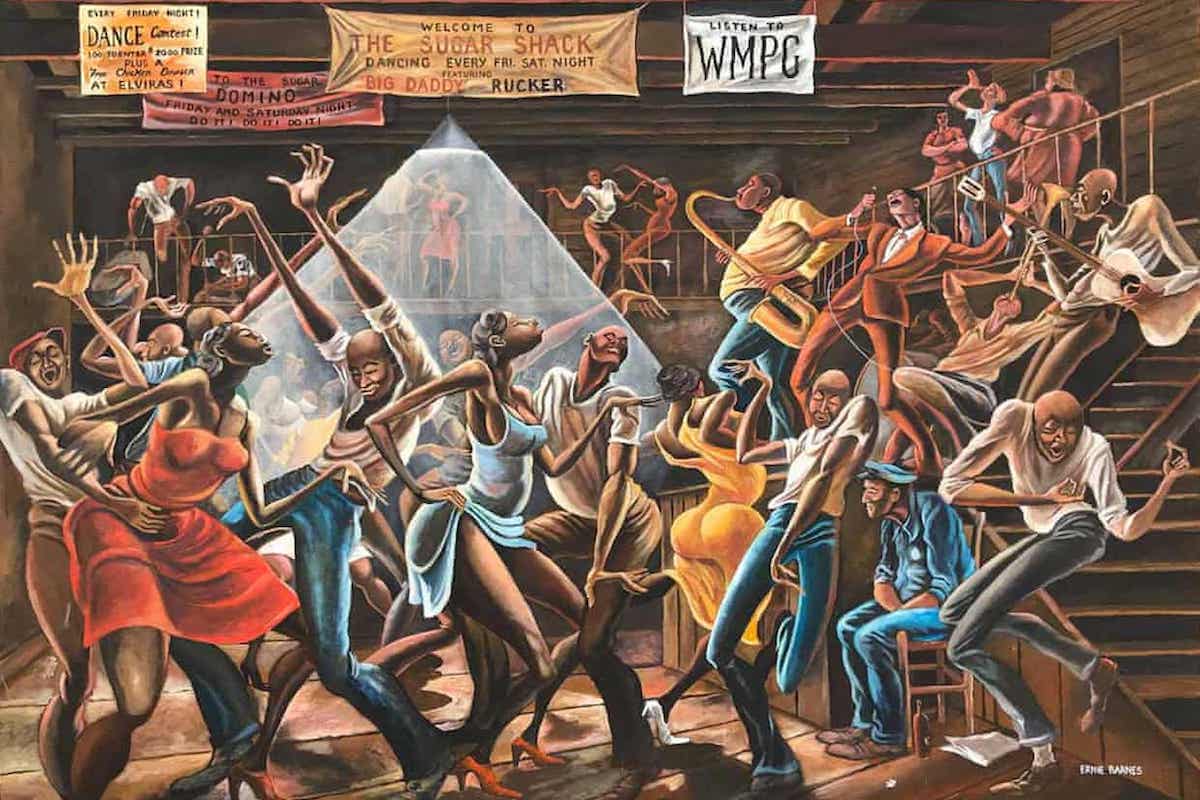 But now, as part of a long overdue survey, his art is on view in Ernie Barnes: A Retrospective, which runs at the California African American Museum in Los Angeles until 8 September. Over 50 paintings, photos and ephemera – including his football helmet, the chair from his studio, and his paintbrushes – are on view, detailing his career, hidden from the spotlight. This is despite creating album covers for Marvin Gaye, receiving a commissioned by Kanye West and being named the official artist of the 1984 Olympics.

“He’s not a part of art history,” said Bridget R Cooks, who co-curated the exhibition with Vida L Brown. “Barnes is not someone in any art history book that I own or have seen, but he has influenced thousands of people through the popular vehicles he accessed for his work.”