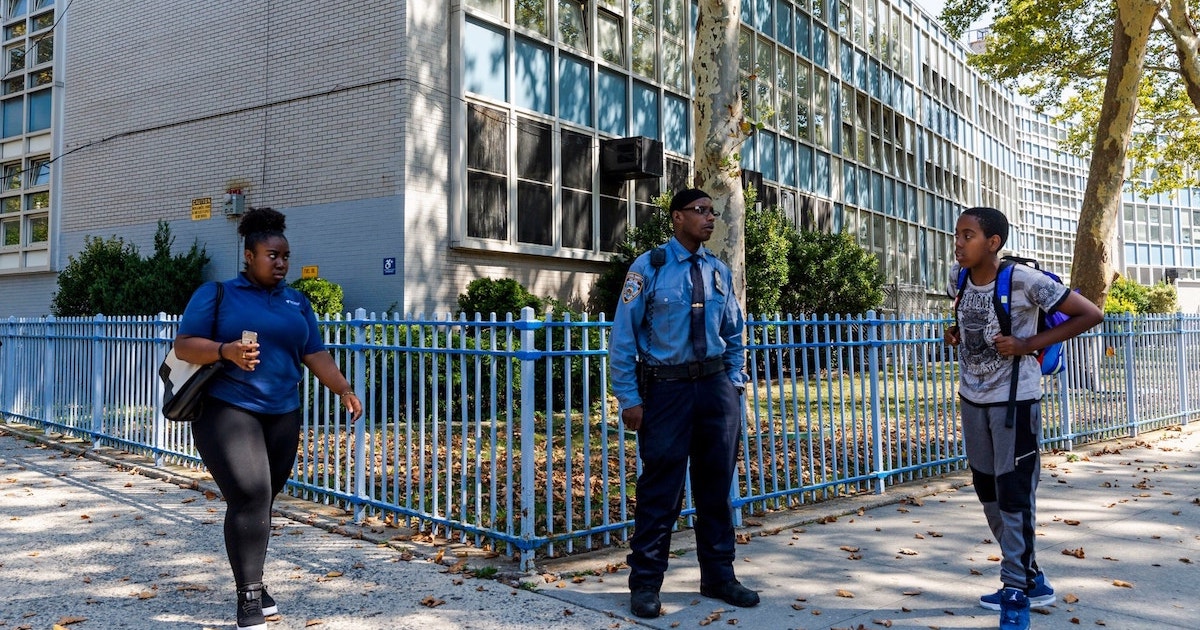 Eliza Shapiro, The New York Times
City statistics have shown that the New York City school system has disciplined black and Hispanic students at higher rates than white and Asian children. Credit Mark Abramson for The New York Times. Featured Image
Andrea Colon, an 18-year-old student activist from Far Rockaway, Queens, traveled a thousand miles to a presidential campaign stop for Mayor Bill de Blasio in Hiawatha, Iowa — not to hear his views on national issues, but to confront him about arrests in schools.

“If we act like young people, if we get into a fight or talk back, we are going to get suspended or have an interaction with the police,” Ms. Colon said on Thursday, explaining what she told Mr. de Blasio. As a young Hispanic girl in a large city high school, she said, “I just realized that you don’t get the benefit of the doubt.”

Ms. Colon’s criticism of city policy reflects a broader movement focused on reducing the role of police officers in schools. On Thursday, responding to longstanding concerns that the system penalizes black and Hispanic students, Mr. de Blasio announced new rules that will limit arrests in schools for low-level offenses.

In addition, it’s likely that the maximum amount of time for suspensions will be sharply reduced.