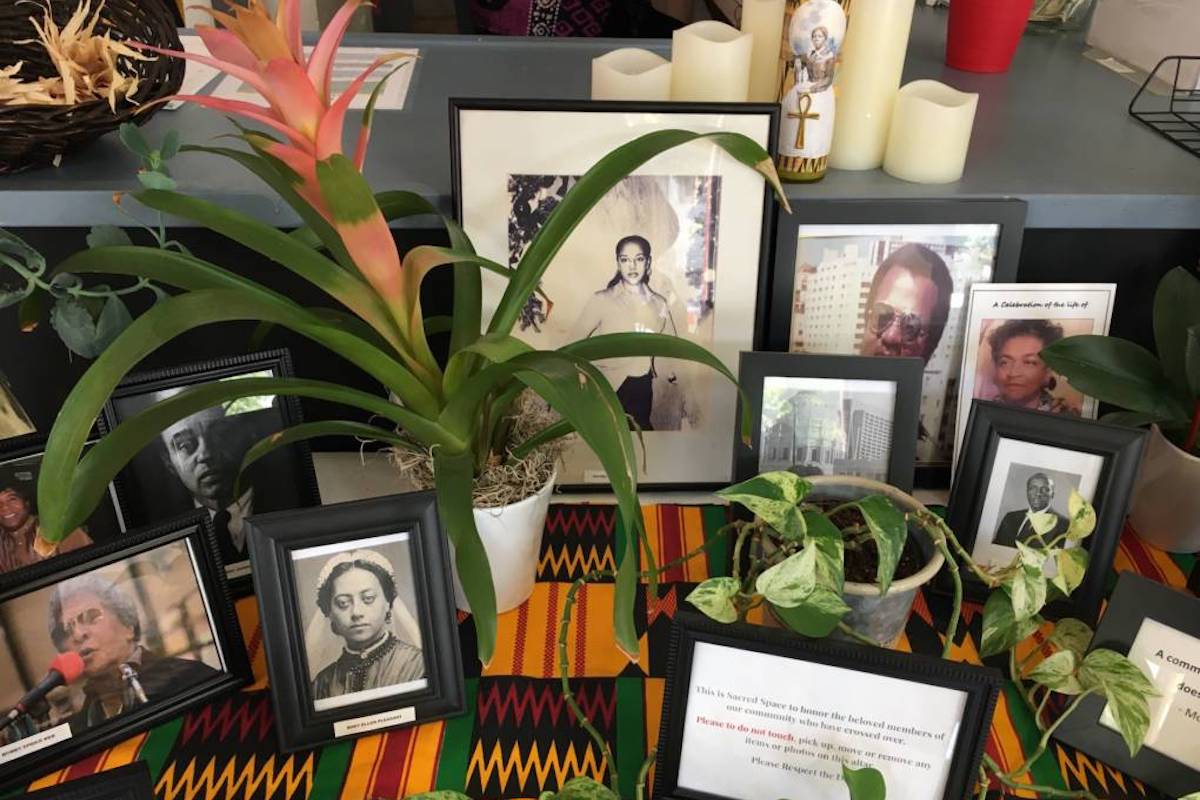 In Los Angeles, only people of color are sentenced to death | The Guardian

Devin Katayama & Ericka Cruz Guevarra,KQED
A memorial table at the African American Art and Culture Complex in San Francisco honors community leaders who have passed. Rachel Townsend (center) who died in 2018 is remembered for her activism and organizing of the city’s annual Juneteenth parade. Featured Image
San Francisco’s Juneteenth, a commemoration of the end of slavery, is one of the largest gatherings of African Americans in California every year. This year’s Juneteenth parade was named in honor of Rachel Townsend, a leader in San Francisco’s black community who died of sudden illness in 2018. Townsend was active in San Francisco and Oakland politics and fought to keep Juneteenth in San Francisco despite the city’s shrinking black population. At its peak in the 1970s, 13 percent of the city was black. That’s compared to just about 5 percent in 2017. Rachel Townsend’s father says events and buildings named after his daughter are a great honor and a reminder of the city’s black history.

Guest: Rev. Arnold Townsend, father to Rachel Townsend, Board Member of the African American Art and Culture Complex, and Vice President of the San Francisco NAACP.