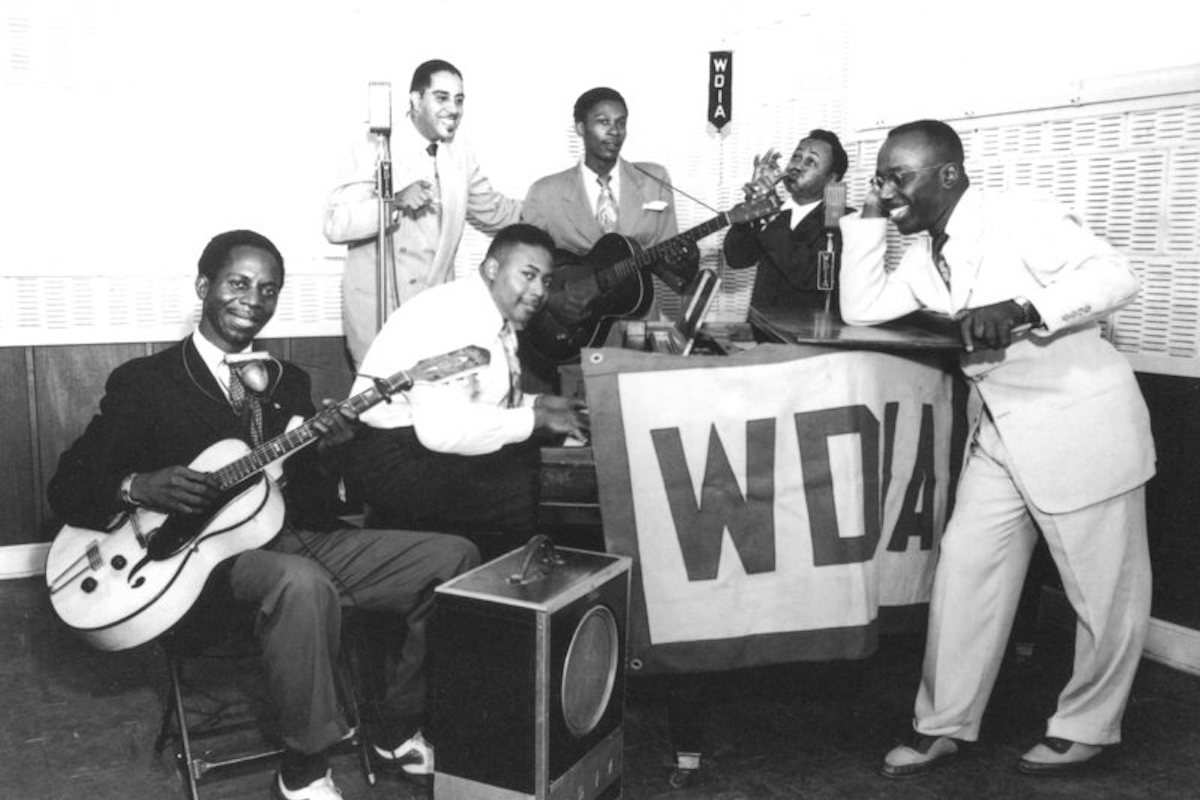 Teresa Bitler, Atlas Obscura
Musicians at the WDIA radio station, circa 1954. PICTORIAL PRESS LTD / ALAMY STOCK PHOTO. Featured Image
ALTHOUGH NEARLY 10 PERCENT OF the United States’s population was African-American following World War II, you wouldn’t know it by listening to the radio, the main form of entertainment at the time. White voices—almost exclusively male—dominated the airwaves. Even the actors portraying the African-American leads in the popular Amos and Andy radio program, Freeman Gosden and Charles Correll, were white.

White men owned the nation’s radio stations, too, and they programmed for white audiences. As a result, mainstream radio stations sounded very similar, which is why WDIA struggled to find an audience when it became Memphis’ sixth radio station in June 1947.

Like its competitors, WDIA initially featured white male radio personalities playing country and pop hits that appealed to white listeners, like “Smoke! Smoke! Smoke! (That Cigarette)” by Tex Williams and “Time After Time” by Frank Sinatra. Similarly, its news and commentary reflected the interests of white Memphians even though roughly 40 percent of the city’s population was African-American.