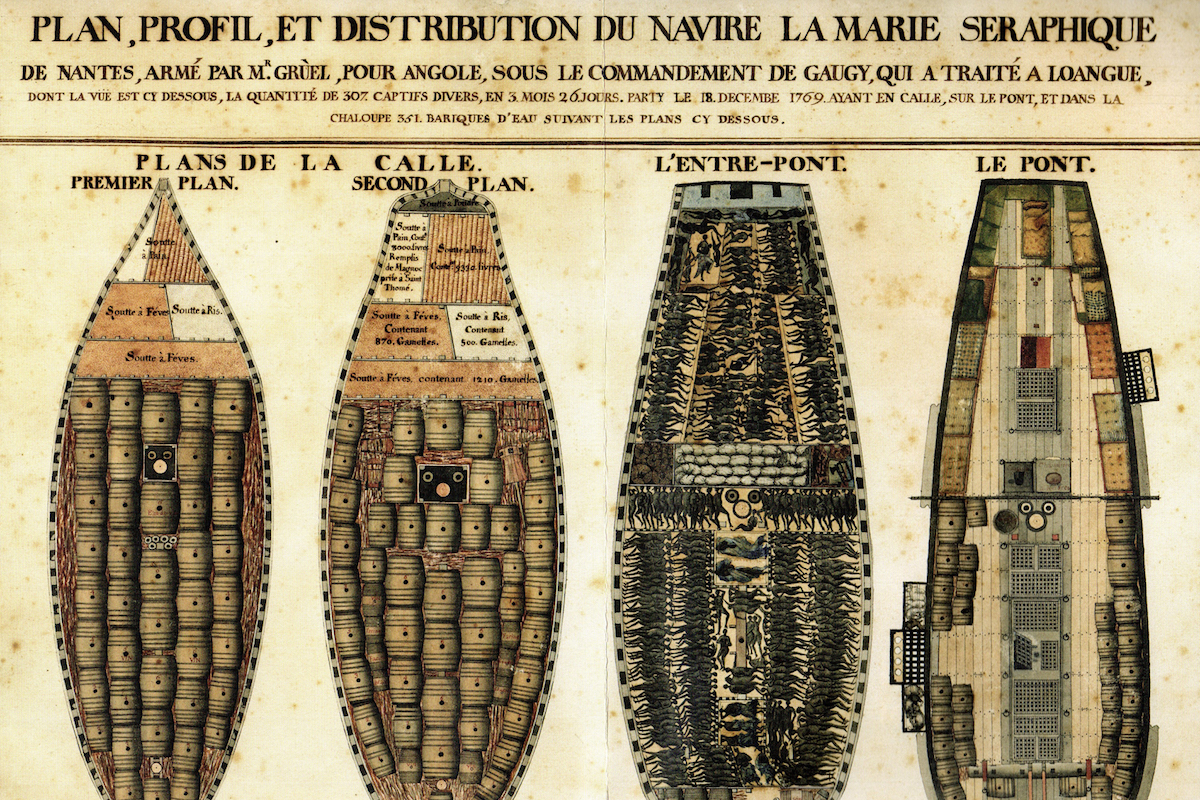 Rebecca Bodenheimer, ThoughtCo.
La Marie-Séraphine (1770) / Excerpt from Bertrand Guillet, La Marie-Séraphine: Navire négrier, Nantes: Editions MeMo, 2009. Featured Image
The “Middle Passage” refers to the horrific journey of enslaved Africans from their home continent to the Americas during the period of the transatlantic slave trade. Historians believe 15% of all Africans loaded onto slave ships did not survive the Middle Passage—most died of illness due to the inhumane, unsanitary conditions in which they were transported.

Broad Overview of the Middle Passage
Between the 16th and 19th centuries, 12.4 million Africans were enslaved by Europeans and transported to various countries in the Americas. The Middle Passage was the middle stop of the “triangular trade”: European slavers would first sail to the western coast of Africa to trade a variety of goods for people who had been captured in war, kidnapped, or sentenced to enslavement as punishment for a crime; they would then transport enslaved people to the Americas and sell them in order to purchase sugar, rum, and other products; the third leg of the journey was back to Europe.