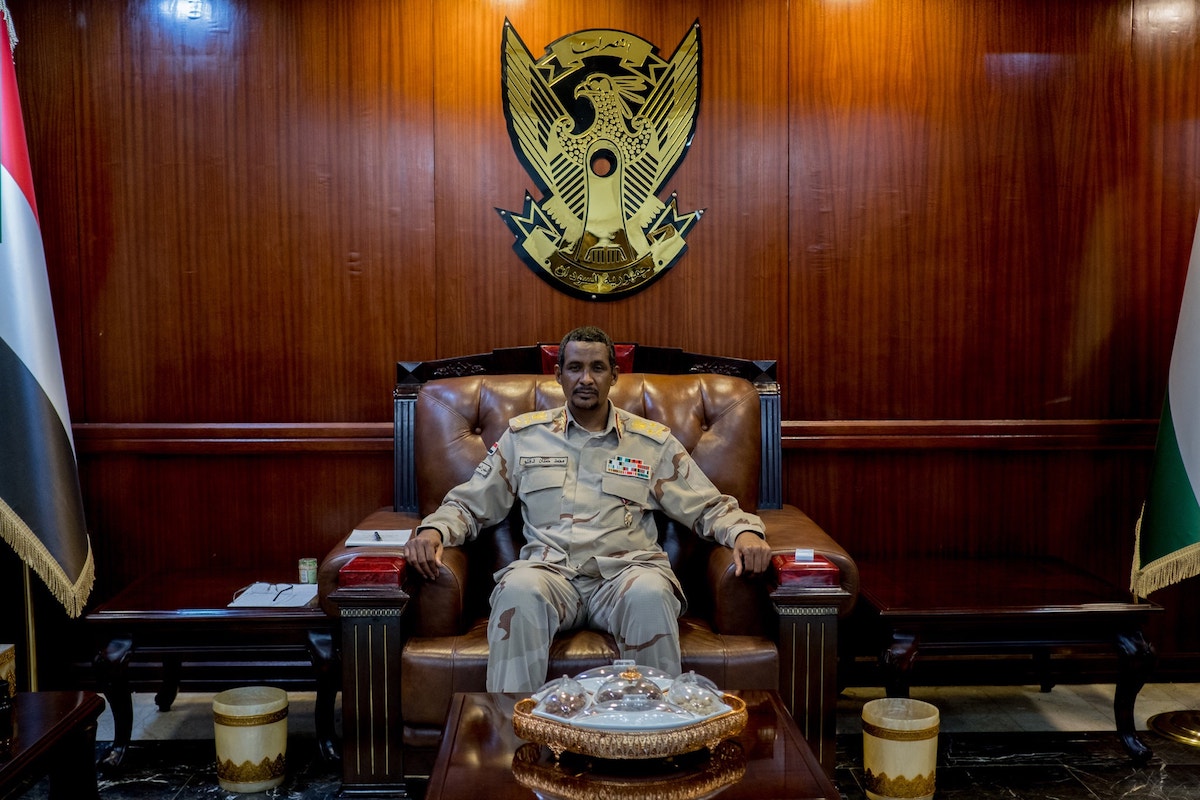 Declan Walsh, The New York Times
Lt. Gen. Mohamed Hamdan, also known as Hemeti, the leader of the Rapid Support Forces paramilitaries that carried out the violent dispersal of protesters on June 3. Credit Declan Walsh/The New York Times. Featured Image
KHARTOUM, Sudan — Once a camel trader who led a militia accused of genocidal violence in Darfur, Lt. Gen. Mohamed Hamdan now sits at the pinnacle of power in Sudan, overlooking the scorched streets from his wood-paneled office high up in the military’s towering headquarters.

From his office in the capital, Khartoum, he can see the site where his unit, the paramilitary Rapid Support Forces, cleared thousands of pro-democracy protesters in a storm of violence that began on June 3.

The heavily armed troops burned tents, raped women and killed dozens of people, some dumped in the Nile, according to numerous accounts from protesters and witnesses.

The blood bath consolidated the vertiginous rise of General Hamdan, widely known as Hemeti, who by most reckonings is now the de facto ruler of Sudan. To many Sudanese he is proof of a depressing reality: Although they ousted one dictator in April, the brutal system he left behind is determined to guard its power.